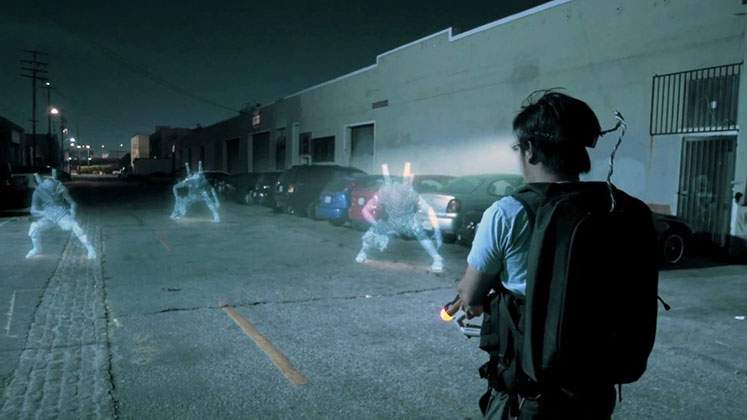 Everywhere in IT, but especially in gaming, good software support and content are absolutely mandatory in providing reasons for the users to buy specific hardware. This is also true for virtual reality gaming, which has the chance of gaining an amazing headstart. The tons of launch titles that will be made available with the upcoming VR headsets and equipment will most likely guarantee good first-time experiences.

Due to the success and popularity of the Sword Art Online anime series, in which players get trapped by an evil mastermind in the virtual world of Aincrad, more gamers want to experience full-fledged virtual reality gaming, than ever before. While the technology doesn’t even come close to the NerveGear depicted in the SAO series, it has the potential of evolving rapidly.  We may even get near SAO levels of immersion in less than a decade, if both gamers and game developers see a bright future in virtual reality gaming. This technology can take a huge leap forward in 2016. At least three main platforms will launch during 2016: Oculus will finally come out with the consumer version of the Rift, Sony will introduce PlayStation VR for the PlayStation 4 console, and HTC, in association with Valve, will come out with the SteamVR-powered HTC Vive headset. Google and Samsung had their mobile versions of VR headsets since last year, but these were more of a curiosity for enthusiasts, instead of being part of full-fledged virtual reality gaming.

Developing virtual reality equipment and content for these devices both require significant funding, but as the trends have shown us, investors do see a bright future and huge potentials in VR gaming. The year 2015 saw about $692 million in funding, and in early 2016 (from January 1 to early March during the year), $1.1 Billion was invested into VR gaming, marking a huge leap in funds. Even Mark Zuckerberg, CEO of Facebook believes in virtual reality gaming and associated devices: Facebook bought up Oculus for $2,001,985,000 in 2014.

The devices are guaranteed to come soon, and the content also looks to be in order – but what kinds of VR games will we have to look forward to in 2016? We will show you some of the best virtual reality games for all kinds of VR platforms. These new and exciting platforms need some unique genres and aspects to set them apart from others, so let’s take a look at what kind of experiences can we look forward to!

Eve: Valkyrie is set in the vast universe of the space-simulation MMORPG Eve Online. Instead of being a “spreadsheet simulator” like its predecessor, Eve: Valkyrie focuses on providing engaging, immersive space combat and dogfighting both in single- and multiplayer game modes. The game is bundled with pre-orders of the Oculus Rift headset, and it will also come out on PlayStation VR in late 2016.

CryTek is also building their own virtual reality game for PlayStation VR: Robinson: The Journey. Players will take on the role of a young boy stranded on an exotic planet full with dinosaurs and other predators. Robinson will be an open-world game focused on survival, exploration and crafting. The game will use features of PlayStation Move and the PlayStation Camera for added immersion. Release date is currently unknown, we don’t even know whether it will be a launch title or not for PlayStation VR.

Another game being built by CryTek is called The Climb. This game will make it possible for players to enjoy rock-climbing and scaling huge virtual cliffs in the safety of their own home. The game is set in the Alps mountain range of Europe, with several locations featuring climbs of varying difficulties. Players have to aim by looking around, stretch their bodies to reach ledges, clean their hands from sweat and so on, all with the goal of reaching the goal on top of a given mountain. There will be many paths to take on each course. The Climb is set to be a launch title for the Oculus Rift, meaning it will be available when the headset launches in early April.

Elite: Dangerous is a currently released space simulation game, in which players trade, fight, plunder, join factions, do various missions and explore different spaceports in a vast universe. The game is made with VR in mind, but it is not mandatory. The game supports all major PC-based VR platforms, including HTC Vive, Oculus Rift, and any other similar devices based on Valve’s SteamVR.

iRacing is a PC-exclusive subscription-based online racing simulator game with various racing styles such as NASCAR, Sports racing, Prototype vehicles and more. More than 50 cars and 70 tracks are available in its current version, and the game supports virtual reality gaming via the Oculus Rift headset, making the simulation even more immersive. It is pretty easy to be immersed in such a game when using a VR headset and a steering wheel, so simulator fans have it easier than most other genres. iRacing is available for PC and Mac.

Some of us may have experienced what it is like playing music as part of a rock band in front of a larger live audience – but if not, Rock Band VR by Harmonix and Oculus may just be the thing for you! In this game, you can get to know what playing in front of a live audience is like – and in no small part thanks to the plastic guitars and drums supplied for the Rock Band series, the experience can be really immersive. The game is set to come out sometime in 2016 for the Oculus Rift.

All kinds of crazy and not-so-crazy simulator games came out already – now Job Simulator will join the line as a VR exclusive. This game will be available sometime in late 2016 for all three major VR platforms – Oculus Rift, HTC Vive and PlayStation VR. Players can experience what it is to work as a gourmet chef, an office cubicle worker or a convenience store cashier in this colorful and crazy “simulator” game. For added immersion, the game will make use of the Oculus, HTC Vive or the PlayStation Move controllers.

The newest, upcoming entry in the Surgeon Simulator series will let players be immersed in the role of a surgeon, doing operations and autopsies of all kinds on humans and humanoid creatures, this time using the VR headset and controller for almost lifelike experience. However, don’t expect this game to be a realistic simulation of what happens in the ER: it is more of a goofy, crazy parody of a surgeon’s work. Surgeon Simulator ER will come out for the Oculus Rift later in 2016.

Mobile gaming is starting to get a little bit better thanks to Samsung’s Gear VR. One of the more interesting games is Bait!, a fishing simulator. There are four different lakes to fish in, with lots of fish to catch, and the developer, Resolution Games, stated that they will release several versions of the game for Europeans, Asians and US residents, with different lakes and fish to accommodate the local fauna. Bait! is available right now as a free download on Samsung Galaxy phones with the Oculus Rift store.

Being stranded in space can be a harrowing experience, as experienced by Ryan Stone in the movie Gravity. Now players will be able to experience a similar situation in Adr1ft, which supports the Oculus VR headset on PC, and will also be released on PlayStation VR. This is a slower-paced adventure game, in which players try to survive in space as they drift outside collapsed space stations and space objects. The PC version of game is already released, it appeared on Steam in late March.

Rigs will be a sports-like game involving mecha robots, basketball-like rules and first person view. This extremely fast-paced game will be available exclusively on PlayStation VR. According to first impressions of testers, this is one of the smoothest games they experienced on a VR headset. Release date is unknown as of yet.

Lucky’s Tale sounds a bit weird at first – how would a third-person platformer be played when viewed via a VR headset? This game is an adorable platformer, similar to the Spyro the Dragon series back on the PlayStation. Lucky is a cute little fox on a quest to save his friend, a pig. Players follow Lucky’s adventures from a somewhat fixed camera system, which lets them look around using the Rift’s head tracking. This game is a launch title for the Oculus RIft, meaning it is available right now if you own such a device.

Virtual reality gaming is a good place for slower-paced puzzle-solving adventure games, and The Assembly by nDreams will be just that. It will be an interactive story for PlayStation VR, Oculus Rift and HTC Vive headsets, with a projected release in late 2016. The game features two protagonists, each with their different worldviews, perspectives and opinions, providing an immersing and engaging mystery story for the player.

Like Lucky’s Tale mentioned before, Edge of Nowhere will also be a third-person VR game. It is developed for the Oculus Rift as an exclusive by the acclaimed Insomniac Games (Sunset Overdrive, Spyro series, Ratchet & Clank). Players will adventure in the frozen Antarctic mountains and stumble upon a surreal and scary underworld in the depths. Release is set to be sometime late in 2016.

Due to the added immersion and the isolation provided by VR headsets, developers are able to create even scarier horror experiences than before. Affected is one such game, similar to Amnesia and other dark horror games – this time, the Oculus Rift helps in providing the immersion. The game is already released, and it is being constantly updated with new scares, level updates and more.

I’m an IT specialist, blogger and strong believer in tech revolution. I believe that AR and VR are the next Big Thing to disrupt global market and change people’s habits. My passion for technologies of artificial realities doesn’t stop with the content creation. Having merged efforts with a group of VR enthusiasts, we created an AR/VR studio called AppReal.