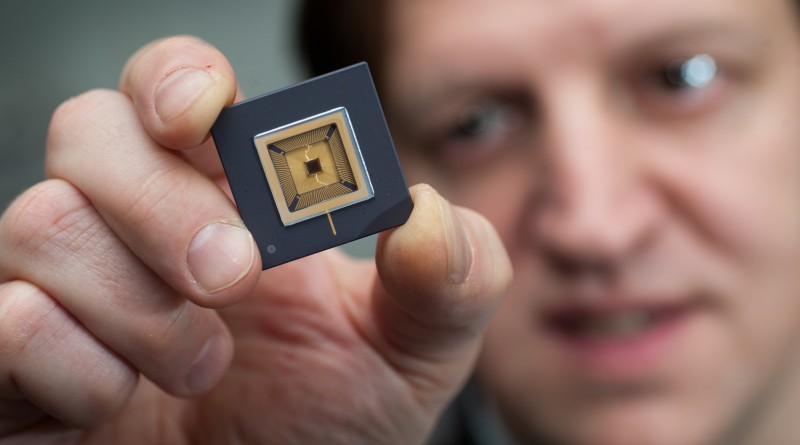 Modern technologies can scarcely manage growing demand for wireless connection and to transmit all the massive data. Researchers estimate that smartphones and tablets will exchange 35,000,000,000 gigabytes of information monthly by 2019. And this only concerns mobile devices; do not forget about standard computers, servers, and Internet of Things gadgets.Fortunately, an innovative way has been discovered for data transmission. It is called LiFi and is about 100 times faster than well-known WiFi. The only thing you need to do is to switch a light on.

LiFi is based on LED light and cannot be detected by human eye for fast flickering. It can be compared to advanced technological dot-and-dash code. Moreover, researchers managed to reach LiFi data transmission speed that is about 224 gigabits/second; in other words, such speed allows you to download 1.5 gigabytes per second – hundred times faster than via WiFi.

Besides, LED requires a bit more energy. It can work with simple ethernet cord as well as be powered by solar cells. The important advantage is that LiFi unlike WiFi doesn’t create electromagnetic disturbance and can be used in highly sensitive locations, like healthcare institutions. Of course, LiFi can be installed almost anywhere where we need a light, for example in train stations or even in street lights.

However, the new technology has its drawbacks as well. First of all, it may not work on bright daylight, as it is impossible for receivers to distinguish LED signal. Moreover, LiFi signal cannot penetrate walls unlike WiFi. The solution might be found through creating smart architecture enabling the light to follow the user. New algorithms may be able to determine lighting and other features.

It is mouthful to mention, LiFi inability to be available through walls is not the actual drawback as it raises data transmission to the higher level of security. It means that only those users who are physically present in some location can reach the data.

As was mentioned above, the number of connected devices including those of IoT grows rapidly. Such an explosive growth requires more efficient and especially fast data transmission that current infrastructure is unable to perform. To the moment, LiFi seems the only real solution in terms of continuous growth of Big Data and the IoT.

Recently, pure LiFi has launched the first LiFi system similar to WiFi that can to transmit 11.5 MB every second. The technology is also being tested by some other companies worldwide.

Taking into consideration people’s growing need for data and the rise of IoT, new transmission technologies are prerequisite.