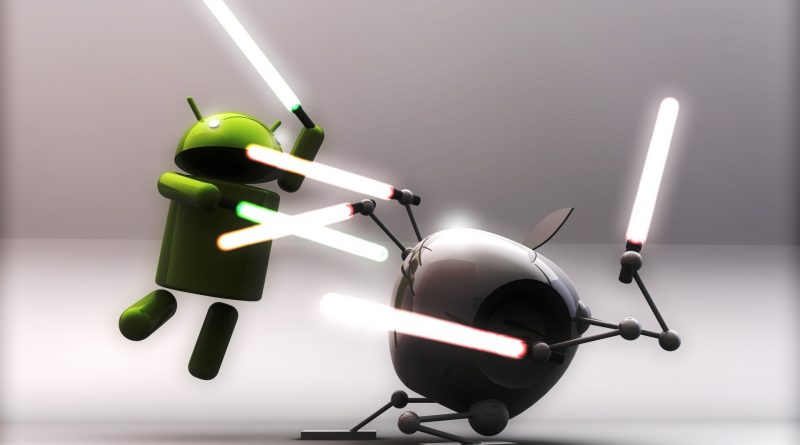 Borrowing ideas of others is quite common in the world of technologies. No sooner had any new idea appeared at the market, competitors at once copy it. Android copies iOS’s ideas, iOS copies Android’s ideas. Not so long ago, for instance, we wrote that some new possibilities of iPhone 7 are not at all new. But there are some Android-functions that iOS still lacks and some iPhone users (according to their comments in the net) feel envious about them.

Gesture typing on the original keyboard

Gesture Typing is a mode of keyboard when users do not need to отрывать fingers from the screen, they only have to slide from one letter to another. At first, such a mode may seem rather strange, but then you can easily get used to it. Gesture Typing suggests that a user knows for sure where letters are situated on the keyboard. The keyboard does not allow a chaotic search of necessary symbols. But after a while, this mode of typing may seem one of the most useful.

Of course, there are a lot of iOS adds that will allow you to use this kind of typing on iPhone. But Android users have the function of sliding typing in their default settings, the only thing they need to do is to turn it on in “Settings-Language & Input-Gesture typing”.

Visible shortcuts on the keyboard

One more very handy and unique feature of original Google keyboard is useful prompts on the keys, which appear if you press the button for a long time. Only try this function and you will understand what we are talking about. You can activate it in “Settings-Language & Input-Google keyboard settings-Settings”. Only press “Long press for symbols”.

App Store works perfectly if you launch it using iOS, not the web itself. But many users still complain that it is not at all practical. Many would agree that Google Play have some functions that are undoubtedly worth copying. For example, a remote app downloading. It means that if your smartphone is connected to the Internet and synchronized with your Google account, you can install Google Play adds remotely using your PC. Apple products can not do it. If you have iOS on your smartphone, you can add an app to your library using a web-version of App Store, but nonetheless you will have to take your phone, open Library and install the necessary app manually.

One of the most useful functions of new Android version is a smart mode of energy saving that can be activated in “Settings-Battery”. After the battery of your phone is going to die (you can customize the battery level), your smartphone will begin to switch off background app activity. There is also a special feature of energy-saving in iOS 9. It automatically switch on when remaining battery power is below 20%. But you can not change this in a range of 5 to 15%. Why not? Ask Apple.

Customized function “Do not disturb”

In Android, this function is available in quick settings and you can easily set it to switch off automatically. You only have to flick up from the bottom of the screen and select the “Do not disturb” button. In the settings that will appear, you need to turn on “Planning”, manually entering the time for its turning on/off.

In iOS you can do the whole staff by clicking “Do not disturb”. Still there is no option of pre-programming it. Then you will have to turn it off. The problem is that you can just forget about it.

Function of clearing up app caches

Some apps can sometimes become to litter up the memory of your smartphone. Fortunately, in Android you can clear up the memory, deleting all data in app caches. You need to enter Settings-Storage-Cached data.

In iOS you do not have such a function, so in case you really want to delete cache, you will have to find it in the settings of some specific app. Otherwise, users will have to delete adds from time to time and then download it again.

Ability to close all Windows

The latest version of Android Nougat has many different functions, that allows to close all windows by one click. A button “Close all windows” appears in the right corner of the screen. For iOS users this function is not available so they have to do it in handsets.

A new multi-task mode of Android Nougat allows to work in 2 windows simultaneously, but sometimes it isn’t very practical. One more useful feature of this mode is the possibility to switch between 2 last apps in a full-screen mode. For it you have only to double-tap the button of opened apps list. iOS does not work like this.