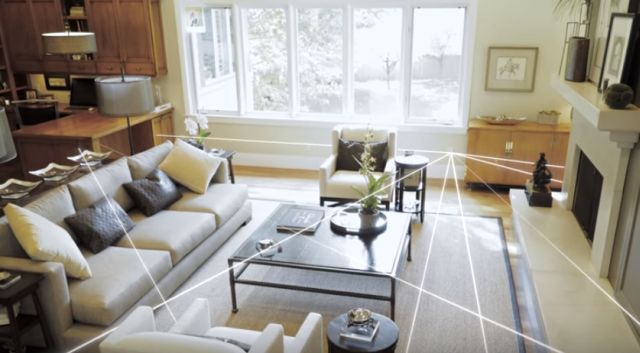 Modern connected household appliances make life better. Besides, they can do our life much safer. Even the simplest smart devices, for example, smart bulbs can be used as safety controls. Here you can read about smart gadgets to help you to protect the house and other property.

The simplest and the most popular way to protect your house against burglary is to install video surveillance system. Fortunately, nowadays the market can offer a wide range of smart cameras at different prices. Quite a good choice would be Samsung Pan and Tilt Smart Home Camera. This a multifunctional gadget able to broadcast video and sound to owner’s smartphone. The device can be used a communicator as it is equipped with a dynamic. Nonetheless, the price of the gadget is about $220 and you cannot find it in some countries. However, users can find many alternatives on the market especially in online shops. For instance, a good alternative can be Xiaomi Yi Home Camera priced at $100.

A great number of usual gadgets can be used as surveillance systems, however, very often their developers do not consider them so. For example, an advanced “radio nurse” connected to the Internet can serve as inner system of video surveillance. Petcube, which is known to be a toy for pets, can detect movement and sound not worse as specialized devices do it.

In general, any usual web camera with special software can serve as a video surveillance system, you do not necessarily need a “smart” camera. However, a disadvantage of such a configuration is that you have to leave your computer on, because the system should be able to inform you about any suspicious activity. Otherwise, the system is useless.

Non-standard usage of other devices

Burglars seldom break into the house without preparation. As a rule, burglars observe the house for some time and act only in case there is nobody at home. Fortunately, thanks to smart technologies, a person can create an illusion of his presence at home even if he is on another side of the planet.

The simplest example is the usage of smart bulbs. Bulbs connected to the Internet, can be switched on or off remotely with the help of a smartphone. The illusion of presence can be created only by switching on and off the light in different rooms.

Even better if a person has a connected TV set and a musical stereo system. Burglars are unlikely to break into the house, if someone is turning on music or changing TV channels.

Of course, such electronics can not be cheap. For example, one of the cheapest smart bulbs Xiaomi Smart Lamp Yeelight can cost about $24. Smart TV sets and smart stereo systems can cost about $200. That’s why an installation of a smart socket can be a cheaper alternative. Mi Smart socket by Xiaomi can cost about $18. If the socket can be activated or deactivated via the Internet, a person can just plug in a radio or a lamp. In such a case the effect will be the same as with smart lightening or stereo system. A user can switch on and off the light or music, tricking the potential burglars.