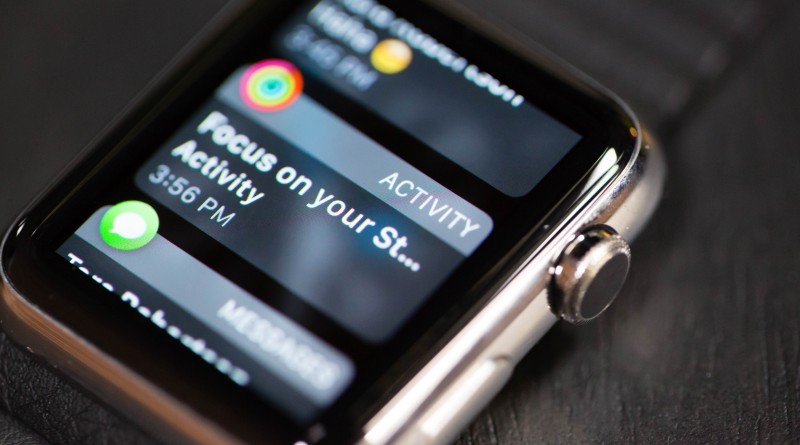 Apple Watch became available to mass consumer in August 2015, but a million items have already been sold all over the world to date. This marks a very good achievement for the smartwatch market, given none of the smart tech manufacturers was able to attain such a goal before.

Of course, iPhone users are the first to have bought Apple Watch. But many don’t still consider Apple’s device worth purchasing due to its limited features and a high price. As such, a logical question arises: are there any “healthy” alternatives to Apple Watch? Of course, there are. We’ve found at least 5 cool smartwatches that are compatible with the iPhone, but offer better UI and overall functionality.

This is the first smartwatch enabled for Android Wear and it’s a way cheaper than the Apple Watch. However, it is not all about the money. Initially, smartwatches were released as an experiment, but now when we have Android Wear OS, LG G Watch  has a good chance to carve out a niche in a new market. The watch features are focused on voice commands and web surfing.

There are cons too. Due to the fact that LG G Watch is one of the first smartwatches ever shipped to the market, the gadget can freeze and switch off unexpectedly.

Is it worth buying LG G Watch? Well, given LG has announced price drop in March and G Watch will now cost 100 EUR less, it can be great alternative to the Apple watch!

Samsung introduced their Gear watch at IFA 2015 and now this model is really a direct competitor to the Apple Watch. The Korean giant has already got enough experience with similar devices and Gear S2 is still the leader.

This smartwatch is crammed with a variety of sensors including a heart rate monitor. Virtually all body parameters can be controlled during rest and exercise. The data is used by preinstalled fitness-applications.

This time Sony decided to release Android Wear enabled smartwatch that has almost the same interface as other Android Wear apps. In addition to the standard set of features, one can download music and listen to it via Bluetooth. Devices with silicone or metal strap are available.

The gadget is from the middle price basket, but it has an unattractive design and is hardly associated with Sony.

This model appeared on the market last spring and features quite an unusual 320 x 320 pix. 1.3 inches -P-OLED display. The processor is 1.2 GHz Qualcomm Snapdragon 400. The gadget has 512 Mb RAM, 4 GB ROM, 410 mAh battery. It is equipped with a full set of fitness features for athletes, so they can always keep track of their pulse rate, calorie intake and steps count. The gadget comes with a dust and waterproof IP67 case.

Metal case, leather strap, bright display – all these features make LG Watch Urban very stylish. Optionally, the strap is replaceable. The dock station is elegant and does not look like a holder.

And yet the LG Watch Urban is the same LG G Watch except that the design is noticeably improved. There are no differences in features either. The voice recognition system is the same, but it doesn’t always turn on.

If you believe the statistics, second generation of Moto 360 has become the most popular smartwatch with Android Wear. Apparently, everybody likes round-shaped smartwatches with a stylish metal case.

The upgraded case does not have any unnecessary details. There are several options to choose from if one doesn’t like the standard model. There is either a 42-mm case version for girls or a 46-mm case for men with leather or metal straps of various colors.