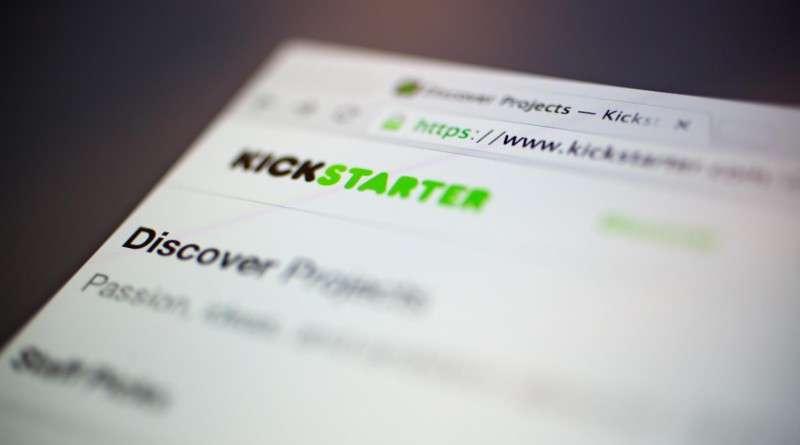 Each year, a leading crowdfunding platform Kickstarter helps thousands of entrepreneurs to gather money for their startups. Both aspiring startup founders and well-established companies are using its services. And although it’s only been 3 months since 2016 kicked off, some of the projects can already boast big success with their Kickstarter campaigns.

Below is our reversed list of Top 10 Successful Projects.

CoolMiniOrNot released a board game Arcadia Quest in 2014. The game gained in popularity very fast and the creators felt an urge to develop a new setting. Masmorra: Dungeons of Arcadia is a board role-playing game using cubes that’s based on the mechanics of Arcadia Quest. More than 10 thousand Kickstarter users donated over 1 million dollars to this game’s creation.

9. Wristwatch Genesis X1-A made by LIV

Genesis X1-A is a mechanical wristwatch made by a Boston-based company LIV. Despite the fact that the device is neither electronic nor smart, the customers appreciate its durability and design. Earlier, LIV has already released its Genesis X1 model. Genesis X1-A is an improved model which was intended to be shipped to the market in a smaller quantity. Primarily the developers asked for a modest sum of $40 000. That objective was reached in less than an hour. The overall donations reached $1.1 million dollars.

The campaign is still on the go, so the final results and the number of donors are likely to grow.

Ossic X is the name of the first of a kind self-calibrating headphones which comply with user head movements. The device is designed to be compatible with virtual reality (VR) tech and can therefore follow direction of sound. If a user turns his/her head from side to side, the direction of sound will move accordingly. In other words, Ossic X is capable to recreate a kind of audible virtual reality. To date, the campaign still has around 30 days to go. This means that Ossic X has a good chance to not only gain more than the above mentioned projects but to become one of the most successful startups in the history of Kickstarter!

7th Sea is a legendary board game which history stretches back to 1998. The game’s setting is unusual because it is a mix of adventure and suspense à la Dumas, Stephenson and Sabatini. The game can boast a whole horde of loyal fans, as it only took 7 minutes for the game project to raise $30 000! Total funds collected amount to $1.3 million.

Prepd Pack is a food container. It is very durable, stylish and is equipped with a set of replaceable internal compartments for different dishes. Besides, the designers have released an eponymous Prepd app with meal recipes and calories calculator. A combination of style and implied intellectualism has proved to be a perfect solution – the project has raised over $1.4 million from 12.5 thousand users.

Life shows that board games’ success is not a rare thing on Kickstarter. Sentinels of the Multiverse is rather popular among people who like that kind of entertainment. That’s why it’s hardly a surprising thing that almost 10 thousand people have donated over $1.5 million for the game sequel release.

The campaign is still running and will be closed on March 26, so the collected funds can grow significantly.

Smart Parka is a real hit on Kickstarter. Initially, the researchers have asked for only $30 thousand and managed to raise that sum in 2 days. Smart Parka is a warm winter coat. Despite its name, its smartness has nothing to do with electronic gadgets. Smartness means modular design in this case. A scarf and gloves are embedded in the coat. Smart Parka can be made longer. The coat has a number of pockets specifically designed for the most popular electronic devices an average user person owns nowadays. The product demo looks awesome so it’s not surprising the crowdfunding campaign has been more than successful.

PINE A64 is a small yet powerful 64-bit computer placed on a single compact board. It is equipped with a 64-bit ARM A53 processor with frequency of 1.2 GHz and a graphic system based on a MALI-400 MP2 chip. As some experts put it, its performance is higher than that of an original X-Box. And the manufacturer wants to sell it at only $15. During crowdfunding campaign they managed to raise over $1.7 million from 36 thousand users.

Revols is a wireless Bluetooth device which is in fact a peerless hybrid of over-the-ear and plug-in earphones. The buds of Revols are made of soft and elastic material which flows inside a human ear, molding to its unique shape in just a minute. This fact ensures an ultimate soundproofing and a superb quality of sound. The money raising campaign ended at the beginning of January resulting in $2.5 million gathered from 10.5 thousand users. As of now, Revols is the most successful hardware startup on Kickstarter since the beginning of this year.

1. Board game Joking Hazard from the Cyanide & Happiness

Web-comics Cyanide & Happiness are known to practically every user familiar with the Internet subculture. They are often vile, cynical, amoral and bizarre, while being funny all the way. The creators of the comic series have decided to expand beyond the Internet popularity and move to the board game industry. The aim is to construct absurd and pejorative jokes taken from the cards. The campaign has gathered over $3.2 million from 63 thousand users. So far Joking Hazard is the most successful project on Kickstarter which was finished in 2016.