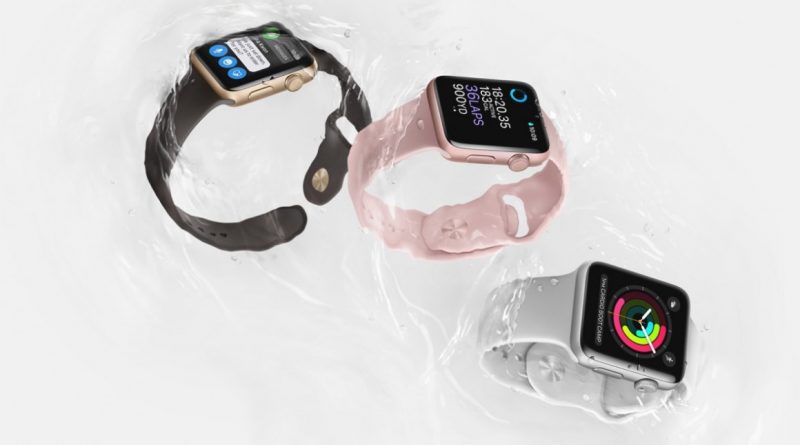 Apple presented its latest products at Apple official presentation a few weeks ago. Of course, iPhone 7 held central stage but, nonetheless, another interesting novelty was a smart watch Apple Watch Series 2. So how this version is better to the previous one?

This version is more a fitness-tracker then a smartwatch comparing with its previous model. However, the company still does not admit its new watch being a sport item, Apple developers insist on presenting a multifunctional gadget. They assert that all Series 2 changes are aimed at active way of living.

This focus is not a surprise. Having analyzed customer’s’ behavior with the first model of Apple Watch, released in spring 2015, the company made a conclusion that the most popular functions were connected with sport and healthy way of living. Even though such popular fitness trackers as Fitbit or Jawbone had more options for sport activities then Apple Watch, Apple fans still preferred this watch for regular physical training. The developers kept that in mind, developing a concept of a new line of Apple watches.

Apple Watch Series 2 is available in three variants that differ only in the corpus material. Aluminium model costs $369, stainless steel is $549 and white ceramic model is $1249. The word “ceramics” should not confuse you, as according to the developers, this case is four times firmer than the steel case, so this model will be able to look the same shining and new longer. In late October Apple is going to release the fourth model in the line Apple Watch Nike+. As you can guess from the name, this version was developed in partnership with Nike and that for sure means its wider range of sport options.

All three models of Apple Watch Series 2, even considering some little differences, still look the same as Apple first model in the line. The only difference is its size. The new watches are 0.9 millimeter thicker. However, customers are very unlikely to notice it without any special measuring tools. You can find out  about other differences below:

Thanks to a bigger size, the developers managed to accommodate a more efficient battery. Apple Watch Series 2 can work for 18 hours using one charge that is about a third longer than the previous model.

Nowadays no smart gadget can do without GPS-module. Developers considered it and added a GPS-tracker into Apple Watch Series 2. Now you do not need your smartphone to track the distance ran. Apple Watch Series 2 GPS-module works perfectly well, fixing every movement of its user. Apple devices can work as good as Garmin professional fitness trackers do it.

With a new dual-core processor S2 Apple Watch Series 2 is twice as powerful as its previous version. Users who has worked with its first version admit that now its apps work faster than before.

OLED-display has also been improved to satisfy the users with active lifestyle.  It has become much brighter. For instance, the display of the first model shone at 450 nit and Series 2 display can shine at 1000 nit. To imagine it just try to conceive that your computer screen is three or four times brighter (average brightness of a computer screen is 250-350 nit). Apple claims that have never achieved such level of brightness in any of their devices. Such screens will help the users of Apple Watch Series 2 to see everything perfectly well even if the sun is shining.

The last but not the least, is the safety of the watch. Apple Watch Series 2 is waterproof and dustproof. Moreover, you can safely submerge it without any fears, as it is with iPhone 7 that cannot stand a long-term soakage. Users can dive up to 50 meters with their watch on, making Apple Watch Series 2 a multifunctional sports gadget.

Developers of Apple new smartwatch have strong reasons to call it “Series 2” not just «Apple Watch 2». It was not a reckless act of them to do so. However, it has not changed dramatically. The design of the device is also almost the same. In this edition of Apple Watch, it refers to the same kind of thing but with some minor differences. The gadget has received a few new functions, improved some of its features and now the developers are sure about future prospects of the gadget.

It seems that Apple Watch 2 should have been more divergent in its features and functions,  they should be just almost exact copy of the previous model, except some improved design solutions. However,  Apple Watch Series 2 is a really interesting gadget that many Apple fans will find entertaining.