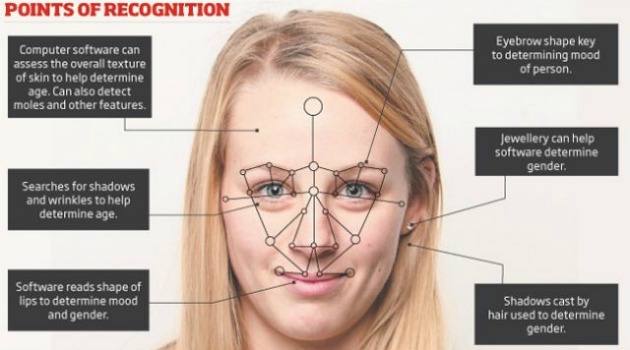 Even if it sounds really strange, but just the technology able to recognize you in the crowd can protect your privacy. It can help if your face happens to be in the shot that you do not want to be published.

Imagine that you are walking in the street and a photographer accidentally takes a photo of you. Then he uploads the shot on his page in some social network. But you due to some reasons do not want that someone knows that you were in the street at that time. Social network recognizes your face and sends you a notification that someone wants to tag a photo with you. Then you get an opportunity to hide your face, smashing it or using a smiley.

According to insiders data, Apple plans to include a new function to its iPhone: unblocking by a selfie. It saves users the trouble of entering any passwords and using a scanner for fingerprints.

Facebook has had this function since 2011. When a user uploads a photo into the social network, the recourse defines his friends on the photo and offers to tag them in. The recognition algorithm works rather accurately.

Today you still have to perform many actions to pay for something online. As a rule, you have to enter your credit card number, then confirm it using a message. In general, this process is still not so fast. Alibaba company wants to simplify the process. Paying service AliPay is testing the function of user’s face recognition to perform the payment by one click. MasterCard is also testing a similar technology called Selfie Pay.

Context advertisement works on the Internet rather efficiently but it is still not enough. British trade company Tesco is going to install smart displays at petrol stations that will recognize the sex and age of their clients and then broadcast the most suitable for them advertisement.

Search for People and Animals

Even today the technology of face recognition is used in search for people and animals. For example, the app Finding Rover offers a way to find your lost pet. You can upload the photo of your pet and the software will compare the uploaded photo with the photos of animals found in the street and in case of its success, if will inform you.  Another app Helping Faceless can be helpful if you look for lost people.

Help for the Blind

Listerine company has already released an app allowing the blind to see “smiles”. The app notices when a person nearby smiles and informs about it using some sound or vibration.

The popular chainstore Wal-Mart uses special software FaceFirst to prevent theft. The technology recognizes the faces of people entering the store and defines suspicious people and potential thieves. It sends a signal to the guard that starts to follow the suspicious person.

The USA police also use the technology of face recognition as an additional tool to hunt the criminals.