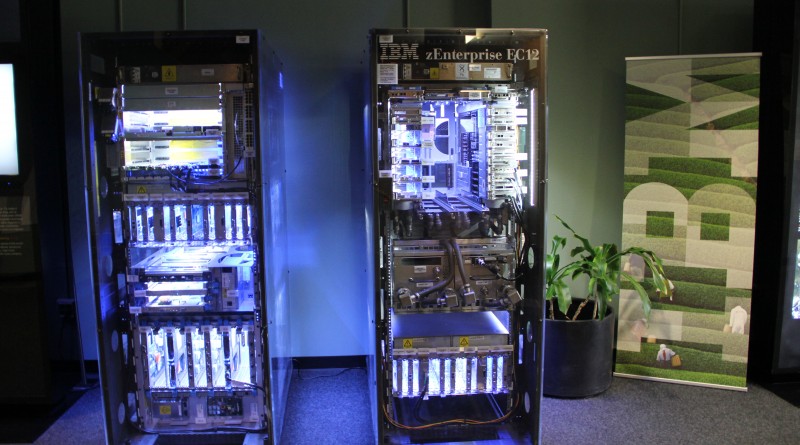 A new version of z13 mainframe will feature an innovative hybrid cloud technology able to encrypt information with no substantial hampering of the computing performance, aimed at medium business enterprises.

IBM plans to start sales of the updated z13 later next month. According to the official announcement, the encryption/decryption performance of this machine doubles the corresponding capabilities of its predecessor. Such results are possible due to the hardware-embedded security mechanisms.

IBM’s vice-president notes that the difficult choice between performance and the level of security will no longer be a problem for the customers. New IBM Security technology includes enhanced speed of safe transactions, combined with the state-of-art analytical methods designed to detect and prevent suspicious activity.

More than ten years ago IBM entered the market of small and medium business solutions and has been successfully competing in this field ever since. The company, along with Google, Amazon and Microsoft, offers cloud services for small and medium-sized organizations and their combined share of this sector reached 54% last year which is a considerable growth in comparison with the previous year’s 46%.

IBM expects to increase its presence by substantially improving its cloud infrastructure via integrating IBM Security solutions into their mainframes. Latest z13 as well as other modifications of z series will offer a so-called Cyber Security Analytics system whose sole aim is to analyze the users’ activity to monitor and trace any possible malicious behavior. Moreover, IBM has recently expanded its security partners network, which now includes such safe computing solutions as BlackRidge (protects the networks), Forcepoint Trusted Client (endpoint protection) and RSM (safe software testing).

For the four recent financial years Big Blue’s revenues have been on a constant decline, so the new mainframe may become a solution to this problem. For now, the company has to increase its revenues by any means and continues to work on this issue.