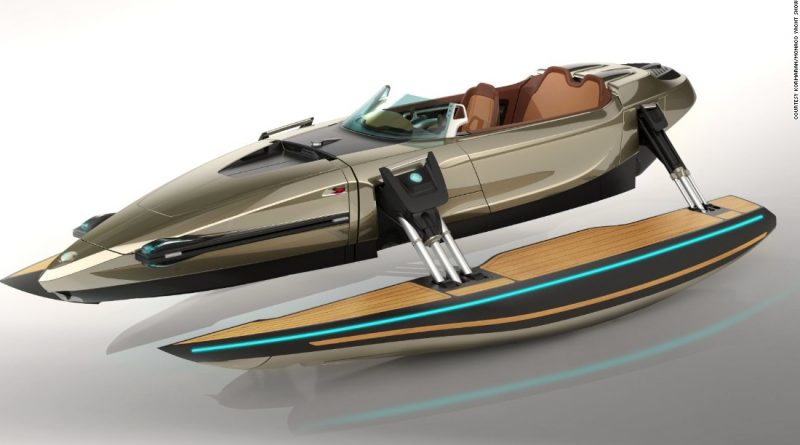 Right now Monaco is hosting the annual Top Marques exhibition. This event is focused on the rich and mighty. Among the exhibits are the things that ordinary mortals can not afford. They are planes, sports cars, luxury boats, jewelry, real estate and even a rare wine. In general, a kind of flea market for oil tycoons and sheikhs.

Since the technologies are penetrating all spheres of life, it is possible to find very high-tech devices at Top Marques as well. Here are some of such devices.

New Zealand’s company Martin Aircraft began developing its jetpack in the late ’80s, but  producing ready to fly device for the sale started only in 2014. Right now, in Monaco, users can test Martin Jetpack using virtual reality (VR) headsets. Inexperienced pilots are simply not trusted the real flight on an expensive toy.

If someone still dares to buy a jetpack for personal use, he will have to shell out a tidy sum. For example, last year in China test specimen Martin Jetpack was sold for more than $ 200 thousand.

Kormaran is an incredible boat presented in six different forms. By default, the device worth of $1.5 million has a narrow elongated body and resembles a conventional motor boat. But by the user’s wish the boat can push floats and become a catamaran or trimaran (triple catamaran) and convert into a high-speed hydrofoil. Separately, developers allocate the sixth form –  night mode with lots of flashing lights.

In each of its forms Kormoran looks incredibly futuristic. The process of transformation seems a scene from a science fiction movie.

By the way, on the official website of the manufacturer, you can rotate the 3D model of the boat and watch how it re-shapes.

Against the background of other devices presented at Top Marques hoverboard Arcaboard looks pretty cheap. It is estimated at $20 thousand.

However, in terms of technology Arcaboard is much simpler than other devices. In fact, it is a very powerful drone multicopter shaped as a board. A total of 36 propellers are installed in ArcaBoard with the total capacity of 272 horsepower. This is enough to raise above the ground 80 kilogram over 30 centimeters above the ground.

Flying with such a thing is fun, but not long. Alas, the hoverboard batteries are only enough for six minutes of flight.