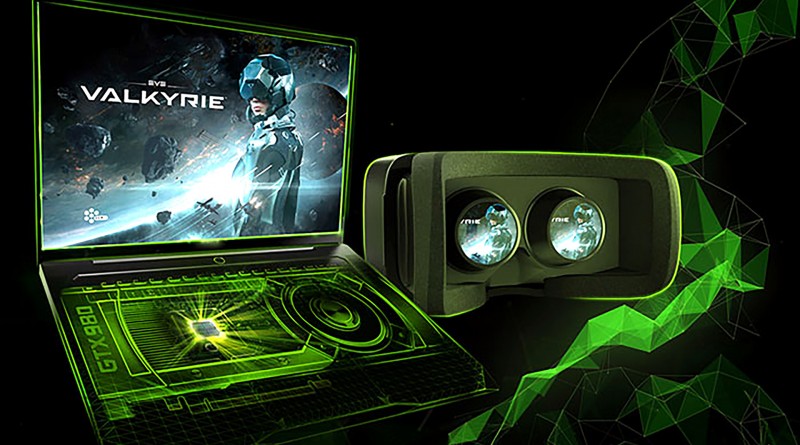 Virtual reality (VR) is not just the beginning of a new stage in the development of the entertainment industry. VR today is a big, serious business. That is why NVIDIA is providing developers, companies, OEM manufacturers and ISVs with the VR Ready program that includes all of the necessary tools and technologies for the creation of and professional work with different VR solutions.

«VR popularity among end-users is so far ahead of the VR application in the business», – Bill Briggs, technical director at Deloitte Consulting, has said in a recent Tech Trends 2016 report dedicated to VR and AR.

NVIDIA is working with the leading OEM-companies such as Dell, HP and Lenovo to bring professional NVIDIA VR Ready workstations to the market. Models such as HP Z Workstation, Dell Precision T5810, T7810, T7910, R7910, Lenovo P500, P710 and P910 are entering the market with NVIDIA recommended configurations that meet the minimum requirements for work with VR content.

The basis of professional VR Ready systems are professional GPUs NVIDIA Quadro. These systems allow developers of applications for VR helmets to easily work with software tools of NVIDIA VRWorks package. VRWorks includes exclusive tools and technologies such as Context Priority, Multi-res Shading, Warp & Blend, Synchronization, GPU Affinity and GPU Direct, with the help of which application developers can realize the exciting opportunities in virtual worlds.

MSI WT72 is the first professional NVIDIA VR Ready laptop. It enables designers, engineers and other professionals to run VR projects anywhere in the world, which speeds up project development and enhances product quality. With this solution, companies can train remote employees by immersing them into the workflow virtually. Or, for example, they can visualize the concepts and models as do architects at McCarthy Building Companies Inc. Immersion into virtual reality enables customers to have unsurpassed virtual experiences.

“High precision of VR content helps customers to have more accurate idea of the project and make more deliberate decisions during its analysis, which in turn allows to prevent high spending on making changes to the project after the start of its implementation,” – says Alex Cunningham, virtual design and construction engineer at McCarthy Building Companies. – “With NVIDIA Quadro processors that provide high performance when working with VR, VR Ready MSI notebook enables to literally bring the virtuality to the customer and to discuss his project more efficiently».

NVIDIA GPUs are the cornerstone when working with VR content, because the virtual reality requires significant system performance. Today’s generation of VR helmets requires performance of 90 frames per second, and the system needs to draw the image for each eye.

MSI WT72 VR Ready was the first laptop that had gotten a new GPU Quadro M5500 based on the Maxwell architecture. With 2048 CUDA cores, Quadro M5500 is the world’s fastest mobile GPU. Also, it’s the first mobile GPU for professional mobile workstations with NVIDIA VR Ready support, optimized to work with the VR content with minimal delay.

“NVIDIA Quadro M5500 in combination with a laptop MSI WT72 is an excellent combination for HTC Vive use at work and at home.” – says Drew Hunt, 3D artist at НTC.

All of these features enable scientists, engineers, teachers and filmmakers to use MSI WT72 to solve the most complex computing problems. It is also important that the system is certified by the Autodesk VRED allowing to create stunning 3D environments.