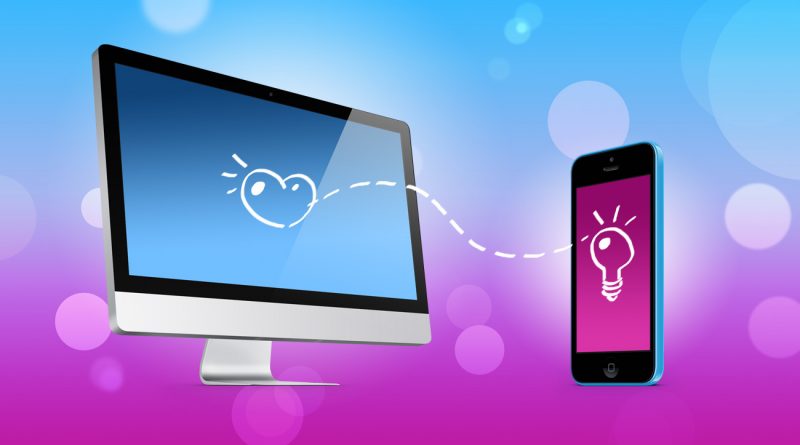 Synergy is a feature which is really appreciated by Apple users. One single iCloud account, one cloud storage – and you have all data backups available, being able to transmit files in a single click. Unfortunately, AirDrop sometimes fails to work, synchronization acts slowly, and Handoff, aimed to help using the same application on another device, is practically useless. We chose 10 applications listed in Product Hunt chart to confirm the rational choice of buying Apple computers, smartphones or tablets.

It was not the first time designers tried to turn iPad into a second screen for Mac. They had no success with their previous attempts as the interface wasn’t comfortable to use and had many bugs during work. With Duet Display one can finally use iPad as a second screen.
This application works well with OS X and Windows after connecting iPad to Mac or PC via a cable (and not via Wi-Fi) so that the reactivity is much better.
Duet Display app for PC if free for downloading and Duet Display app for iPad costs $9.99.

MacID helps to unlock computer using Touch ID on iPhone. The engineers constantly upgrade the application adding new functions, therefore, unlocking computer with your fingerprint is not the only reason why you would like to have it.
MacID is able to lock computer automatically if a smartphone is at a certain distance away or to unlock a computer with the help of a touch pattern recognition for trackpads. You can also manage music playing on your computer.

Waltr is a simple substitute for iTunes. It helps to download any video and music to your iPhone and iPad. It is just as simple as drag-and-drop a necessary file onto Waltr so that they appear in the standard Videos or Music applications. Waltr’s beta version is free of charge while the full version will cost you $29.95.

Misc folder containing cache files can have its volume up to several gigabytes. It’s easy enough to delete those files but more than that – Phone Expander application helps to find and remove large apps and remove large photos and videos.

Indeed, Softorino studio made up such an unassuming name for the best tool. However, it doesn’t affect the usefulness of the application designed to download YouTube videos and save them on computers or – via a direct connection with a computer – on smartphones and tablets. You only have to copy the link into the download list. This app is free but you will have to enter your e-mail to receive a specific code to log in.

If notifications on your iPhone don’t seem to be enough, the Notifyr application will duplicate them to your Mac. It works well with default and third-party apps notifications. The Bluetooth Low Energy is used, so Notifyr won’t dry out your battery.

Do you know you can use iPhone as a mouse for Mac? It’s more than useful if your trackpad is broken or if you need the additional tool for better control. Many users exploit this application for remote control over music and movies. The application has almost no lags.

Those who use iPad as a drawing tablet will enjoy Astropad application, an alternative to Duet Display. This app connects via Wi-Fi or USB and becomes a fully-featured second display with adjusted interface for designers and painters. You can see some bugs on an honest review video of the application, posted by its developers, but they may be overlooked. The application costs $19.99.

iBetterCharge is a simple application that appears at OS X menu bar and shows battery charge level of your iPhone. When smartphone’s charge has its minimum, this utility gives a signal. The Bluetooth Low Energy is used, therefore, the iBetterCharge will not influence your smartphone’s and computer’s hours of service much.

Semiprofessional utility for creating filters for photos. The app is free but you may want to unlock limits for some filters for $2.99. Another advantage is that all the filters made by a user are simultaneously available on another device.