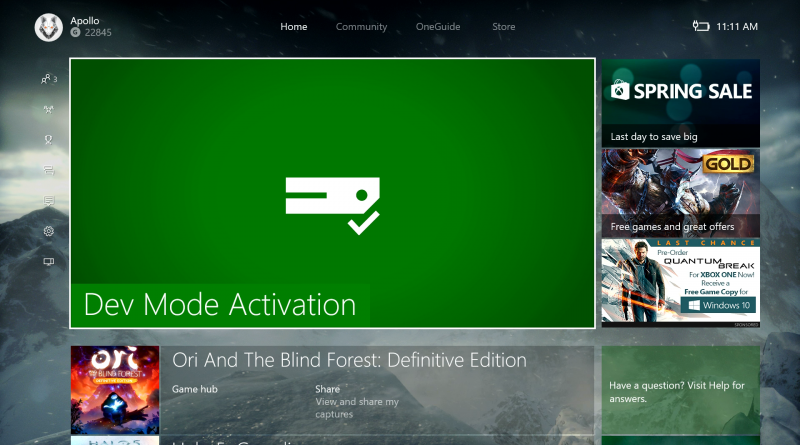 Almost three years ago Microsoft promised it would eventually bring Xbox to the app development space. And this year it’s finally fulfilling the promise!

Xbox Dev Mode has become available since yesterday as a preview and the final release is expected this summer. This Dev Mode will allow everyone to create, test and experiment with the development of the Universal Windows Platform (UWP) applications. To set the console to the developer mode (Dev Mode) you don’t have to pay any additional fee or purchase equipment. Yet, to get full access to the opportunities, you will need to create an account in the Dev Center for just $19.

“Now Xbox is not just for games, but also to create amazing content,” – says Chris Charla, director of the ID @ Xbox. – “We are pleased to open the Xbox One for all, so that everyone can start developing.”

Even though Dev Mode preview is available now, Charla stresses the fact that you will have to wait for the full release to be out this summer.

Preview offers access to only 448Mb of 8GB of Xbox One RAM. When the full version is released, developers will have access to 1GB of RAM.

During a brief demonstration Charla showed how easy it is to alter Xbox One for testing UWP applications and games.

It’s worth noting that after the transformation of the console problems can arise with playback of purchased games. In addition, the exit of Dev Mode will require a reset to factory settings of the console and removal of all games, applications and content.

After switching to the Dev Mode, the user simply connects the Xbox One with Visual Studio, which perceives the console as a Windows 10 computer on which you can deploy the content directly via a wired connection.

Developers will have to use the existing ID@Xbox system to host games on the console. This means that the game will have to get Microsoft’s approval before being published to Xbox One.

Because applications do not need to get approval, and the ratings are compiled automatically, the process of creating a UWP application that will run on both consoles and computers will be much simpler. In this regard, Microsoft expects the influx of non-gaming applications on the console.