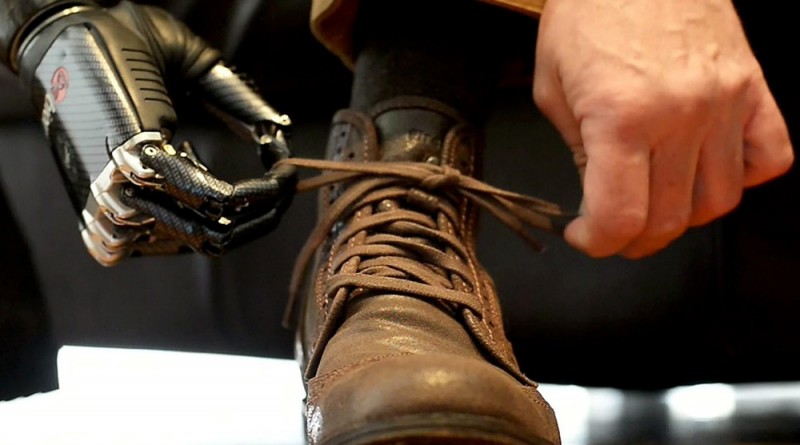 Swiss engineers from Federal Institute of Technology in Lausanne developed an artificial limb that transmits information about surface texture to the brain and allows distinguishing smooth surface from a rough one.

Dennis Aabo Sørensen who lost his left hand in an accident assists engineers in testing of the artificial limb. He has been participating in artificial limb testing for a long time now; electrodes connected to the peripheral nervous system have been implanted into his defective arm.

Having linked the finger to electrodes and having touched specially prepared samples of plastic, Soerensen confirmed he could feel the difference in surface textures. In 96% of tries he could distinguish a smooth surface from a rough one.

In the artificial limb, a silicone “finger” is linked to a chip, rigged with sensors that convert the information about the surface into a sequence of impulses, which can be recognized by the brain of the testee.

It was found that similar feelings might be perceived by people with healthy limbs via temporally implanted electrodes. The similarity of feelings perceived after a touch with a real finger and an artificial limb was proved by the brain electroencephalogram measurement during the test, i.e. the signals received from the artificial limb and real fingers activated the same parts of the brain.

During previous experiments, Soerensen tested an entire bionic hand that allowed transmitting perception of shape and softness of objects.