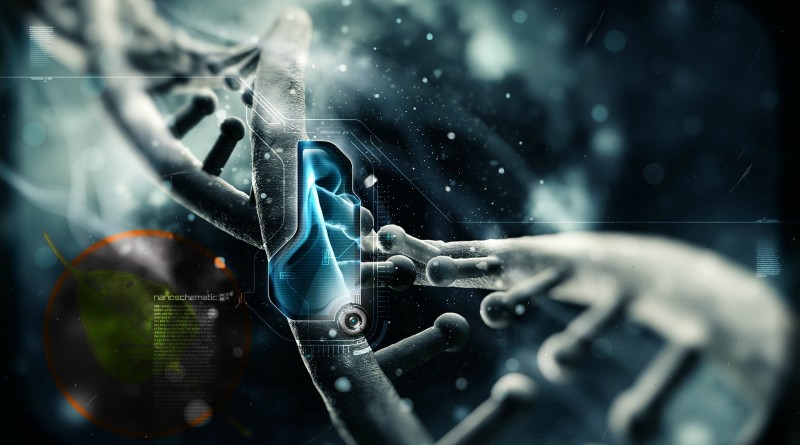 Genetic engineering is an area of biotechnology that includes actions on restructuring genotypes. Today, this science already allows to “switch on and off” certain genes, while controlling the activity of organisms. With the development of this technology the ability to randomly program genotype is becoming more real. It is very likely that soon people will be able to become resistant to radiation, live under water, regenerate damaged organs and even cheat aging.

After Big Data, nanotechnologies can be considered as the second driver of medicine. According to estimations of Robert Freitas, a leading nanomedicine specialist, an opportunity to put inside the circulatory system billions of nanobots of a cell size will arise already in 2030-2035.

In medicine, the usage of nanotechnologies lies in the area of cell editing at the molecular level, i.e. so-called “molecular surgery”.

Nanorobots or molecular robots, along with genetic engineering, will be able to participate in the redesign of cell genome in order to improve the functions of a cell.

At the present moment, investments in this area have already exceeded a few hundred billion dollars and continue to grow, and some simple techniques of molecular manufacturing are already absolutely real.

After the failure with Dolly the sheep, genetic engineering teetered on the brink of collapse. There was a very strong opposition that claimed it was impossible to create a completely artificial organism.

However, this theory has sunk into oblivion since one of the largest Chinese corporations announced plans to launch the world’s largest cloning center for the purpose of livestock sector development in the country. The center is expected to clone cows, horses and dogs.

The commercial use of this technology with the aim of pets “reincarnation” has become no less cruel blow to opponents of cloning. Thus, on March 30, 2014 a cloned British dachshund named Mini Winnie was born in a South Korean lab.

The next step on the path to future technologies is not long in coming: geneticists have recently managed to create a completely artificial creature that turned out to be completely viable.

The aim of the experiment was to test how a small number of genes may be present in the genome necessary for the independent existence of the individual organism – albeit simple. However, scientists were not limited by the theory, and as a result of the experiments conducted an artificial bacterium was obtained which had never before existed in nature. This life form was named JCVI-syn3.0 and got the status of the first artificially-created being on the planet.

Taking the simplest bacterium Mycoplasma mycoides for the basis, whose genome consists of 901 genes, through trial and error, scientists were able to single out those genes that turned out to be really needed for vital activity and reproduction. As a result, geneticists managed to reduce the number of genes to 437. So scientists were able to get a completely new bacterium, yet non-existent in nature.

The most funny thing about is is that the geneticists have not managed to figure out the exact purpose of almost one third of the genes that make up the synthesized bacterium. We only know that this part of the genes in some way affects viability of the organism.

A well-known American biologist Craig Venter, who became popular thanks to works on the reading and decoding of the human genome, has already made a statement for the Wall Street Journal that the produced breakthrough would forever put an end to the hypothesis of the existence of a special “life force” that distinguishes an organized substance from insentient one.

– This event put an end to the concept that there is something special that can give life. Our work suggests that life can be reduced to a molecular formula. Theoretically, we can add a set of genes, change the genome and, in fact, create any organism.