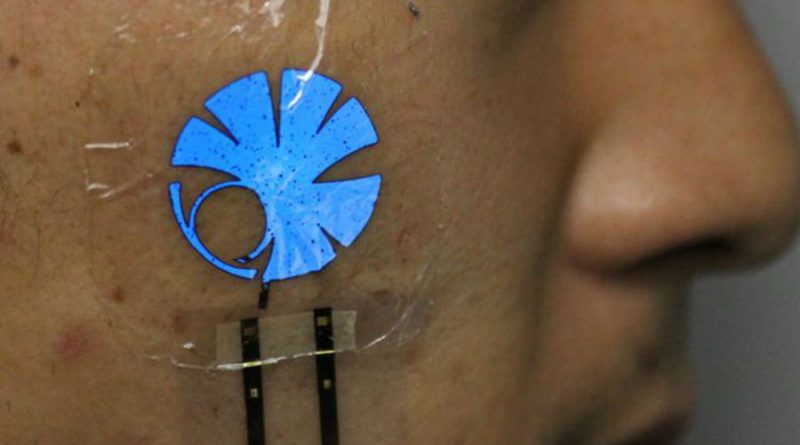 Screens with microscopic light-emitting diodes (LED) attached to the human skin will help overcome many critical problems. For example, they can be used for medical purposes when attached as a monitoring device to a sick organ. Or as a fitness tracker and a “smart” watch.

Researchers created organic polymer LEDs of three colors: red, green and blue. On receiving electric impulses they are switched on and off, simulating pixels on the ordinary screen.

Scientists have been working on the creation of “flexible electronics” for quite a long time. They’ve already invented a material that is able to measure a person’s temperature and blood pressure or blend in with the environment. And in 2013, scientists created an electronic skin thinner than a web – although it could only work for a maximum of a few hours.

Developed by the Tokyo scientists, this method of creating an electronic skin has a number of competitive advantages. First of all, such a display emits much less heat than all of its predecessors – and this is really important for the possibility of applying it to the bare human skin. In addition, it uses much less energy, and therefore can operate significantly longer.

And, of course, this version of “e-skin” is also more durable: it works for several days. To do this, the scientists used a special protective passivation layer. It protects the screen components from damage and excessive stretching at human movements, without reducing elasticity. You can squeeze such LED-screen into a tiny lump – and it will continue to work, as you can see in the picture below.

Japanese scientists have tested their invention by creating a device able to indicate the level of oxygen in the human blood by means of the red and green colors. It was attached to the finger of a person who took part in the experiment, and the sensor regularly reported the results of measurements in the course of four days.

This study is only the first stair in the ladder leading to the mass use of e-skin.