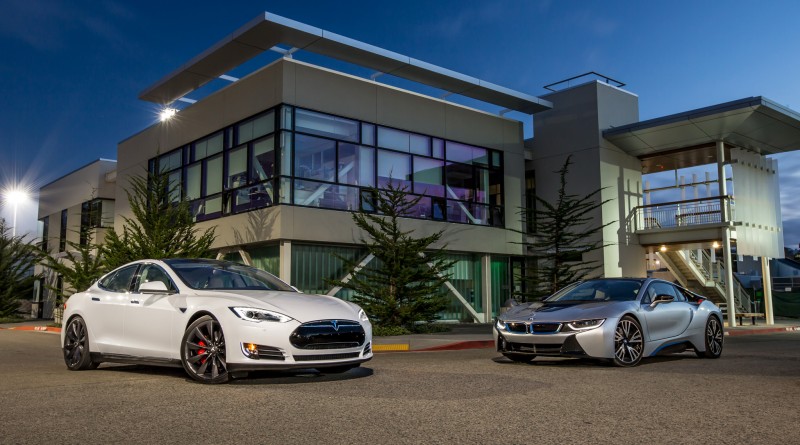 Tesla and BMW i3 and i8 are referred to smart cars these days. But, in fact, it’s a wrong statement because other auto manufacturers are densely on building /acquiring technologies for connected cars and have already produced their own smart or e-car models.

Nowadays, automotive industry is on the stage of its rapid and extensive evolution. Thanks to the Internet of Things (IoT) and Big Data solutions, smart cars are getting traction all over the world setting solid foundation for the Internet of Cars (IoC), i.e. a robust network of vehicles that are connected to the Internet and can communicate between each other (machine to machine, or m2m), surrounding environment and human beings.

Examples of smart cars and how car-making brands are taking advantage of high-tech and IoT include, but aren’t limited to:

Alongside with that, there is a somewhat different approach from merely creating a high-tech car – this is a facility able to go through and transfer data out of the car as well as bringing it inside. The most popular method is to use the OBD II device installed in the diagnostic dashboard underneath the wheel.

Such type of connection can giev a lot of advantages. There are young companies constantly appearing on the market that produce cars connected to the network based on OBD II technology (such as Automatic, Zubie and of a kind) with different services. But still, self-driving cars cannot compete with such a technology, although the cost is lower and entry into the market is closer.

Both automobile and IT companies are hankering for one result: interoperability between human beings and cars, between cars and infrastructure, examination of operation conditions and transportation of conveyance. The question is whether electronic vehicle system is strong enough to be connected to the Internet or it might require additional equipment and possible ways for future extension of these options.

The notion “electromotive” has no influences on its connection with the World-Wide Web. Notwithstanding the foregoing, it is the final word in automobile industry presuming its highly technological effectiveness. The electronics and e-car developments reached the climax of its popularity at about the same time. For a small number of gigantic players in this field, some developments happen to intercross and unite. By no means all electronic cars are outfitted enough with electronic engineering to be termed as “smart”; there is only a slight share of “smart cars” that are called electronic cars.

Today, developers are preparing the market for the future challenges.

Internet of Cars is up and coming, a number of big players and ideas is rapidly growing every day as well as new terms and definitions. And what is more, due to the borderlines between all the technologies being constantly fading away and leading to one all-encompassing and global Internet of Things summoned to make our lives as much comfortable as possible.