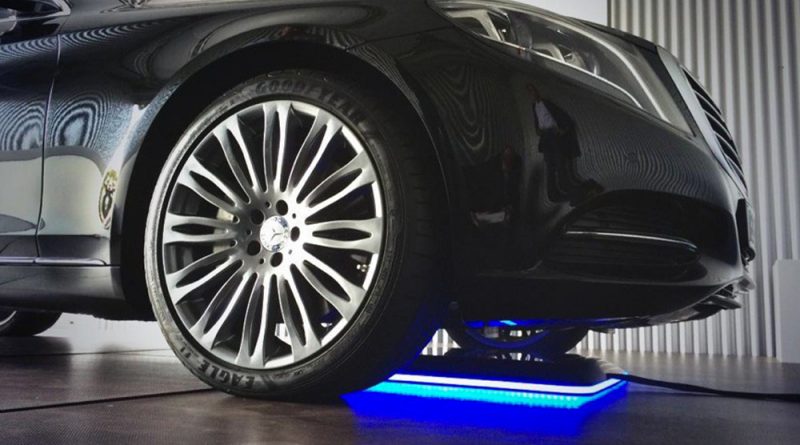 We are on the verge of a real revolution of electric vehicles. E-cars have already begun to fall in price, which means that the traditional car production sector recedes into the background. Nevertheless, the problem with the accumulator characteristics is still burning. Despite all the advantages of electric cars, energy cannot be poured into the tank for a couple of minutes as the liquid fuel. Developers of portable electronics faced the same problem. It seems that the days when a mobile phone could be charged once a week have gone forever, because modern smartphones have fast hold with the socket.

To remedy this situation, some scientists have struggled to invent a way to maximize the battery lifetime. But there is another approach that suggests an increased charging speed and excellent availability of electricity itself.

Recently, the US Department of Energy has been testing a wireless charger that is able to charge the electric vehicle battery almost like an old-school cable. All you have to do is leave your car at the charing point.

Developed by scientists at the Oak Ridge National Laboratory (ORNL), the device has a capacity of 20 kilowatts. According to the ORNL, this 20-kilowatt station is the most powerful in the world. But developers are not satisfied with what has already been achieved. They’ve teamed up with Toyota, Cisco Systems, Evatran and Clemson University in an attempt to advance a 50-kilowatt charging station.

For practical demonstration of this wireless system developers used Toyota RAV4 with a battery of 10 kW/h installed.

“Charging period depends on the capacity of the vehicle battery. For example, if the car has a battery of 10 kW/h (e.g., Chevy Volt), the 20-kilowatt charger is able to charge it in 30 minutes”, says Omer Onar, leading project developer. According to Onar, the fastest charging goes under 80%, and the electric battery is very rarely discharged to less than 20%. Thus, the actual usable battery power is approximately 60% of the announced volume. Actually, it makes sense to charge the battery of 10 kW/h for about 18 minutes. So, the battery of 20 kW/h, as in Nissan Leaf, requires 36 minutes of charging.

50-kilowatt charging platform can significantly reduce this time. Thus, according to the calculations of developers, 50-kilowatt unit will charge the battery of 10 kW/h in seven minutes, and as for the 20 kW/h battery, fifteen minutes will be enough.

Of course, today’s wireless charging devices underperform  cable charging devices in terms of power. Thus, the Tesla Supercharger station charges half of Sedan S’s 70 kW/h battery in just 20 minutes. This charge is enough to drive 170 miles (about 275 kilometers). It would take approximately three hours for 20-kilowatt ORNL wireless charger to charge half of Model S battery.

That’s why developers are now trying hard to increase capacity and improve efficiency of such systems. According to ORNL engineers, 20-kilowatt charging platform has an efficiency of 90%, which means that only 10% of the energy is lost during transmission. If we place such kind of platform at 37.5% of the roadway, the electric car driving at a constant speed of 80 km/h will consume no energy.

Following the above calculations, the 50-kilowatt battery platform can be placed less frequently. If we are talking about heavy-duty 100-kilowatt platform, it will need to be at 7.5% of the road. In other words, we need about 75 meters of charging platforms for each kilometer of the highway.

At the start of this year, WiTricity has licensed charging pads for the Dell laptop. The user doesn’t need to connect a computer to the power outlet; connecting it to a special wireless platform would suffice. In addition, WiTricity moves on and develops charging mats for smartphones or tablets.

Rumors say the future iPhone could acquire the possibility of wireless charging. Experience shows that if this technology appears in the Apple devices, then it’ll appear in almost every flagship market six months later. Thus, we can say with confidence that in the near future many smartphones and tablets will be charged wirelessly.

Experts believe that the widespread application of wireless charging devices will force governments to build e-charging points all over the places.