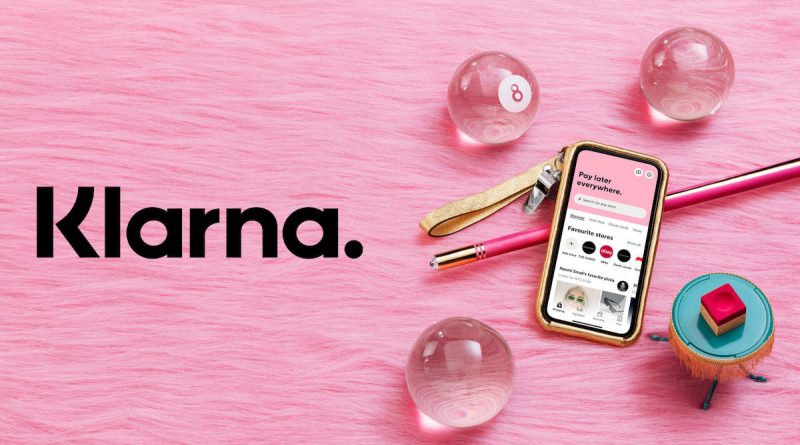 In August 2019, investors estimated Klarna at $5.5 billion. Over the year, the company’s valuation has almost doubled, exceeding $10 billion as of today.

Klarna is a Swedish company founded in 2005 that offers direct payments, pay-after-delivery options, and installment plans in a smooth one-click purchase experience.

Klarna has raised $650 million from Silver Lake Partners, the Singapore Sovereign Wealth Fund, and other investors, according to CNBC. Its application is currently used by 12 million people, and the number of downloads exceeds 55,000 per day. During the last funding round, investors valued Klarna at $10.6 billion. As such, the company became the most expensive unicorn in Europe for the second consecutive year.

Klarna’s user base is as large as the user base of Revolut, N26, and Checkout.com combined.

Klarna was founded by Niklas Adalberth, Victor Jacobsson, and Sebastian Siemiatkowski. The latter also serves as the company’s CEO.

Sebastian Siemiatkowski was born in 1981 in a family of Polish immigrants: his father worked as a taxi driver, and his mother was a painter. At the age of 15, the future entrepreneur got a job at Burger King, where he met Niklas Adalbert, his future co-founder.

The young people made friends and often discussed business ideas: as a child, Siemiatkowski loved to read books about entrepreneurs, and one of his idols was the founder of the Virgin Group, Richard Branson. After graduating from high school, Siemiatkowski entered one of the most prestigious universities in Sweden – Stockholm School of Economics. The student continued to combine study with work. At 21, he became a department head at the telemarketing company Djuice Uppsala.

During their studies, Siemiatkowski and Adalbert took an academic leave and went to travel. To save money, they gave up air travel – they covered part of the route on a cargo ship with containers. According to Siemiatkowski, at that moment he was thinking about how to make the purchase of goods from abroad more accessible to customers. In the mid-2000s, electronic payments seemed unreliable to many Swedes, and they avoided online purchases for fear of fraud. Then Siemiatkowski and Adalbert got an idea – to create a service that, after checking the credit history, would pay for online purchases instead of users.

In this case, customers could not only pay for goods after receiving them, but also send inappropriate purchases back to sellers – without waiting for a refund to their account. The entrepreneurs decided to participate with this idea in a university startup competition and invited Viktor Jakobsson, Siemiatkowski’s classmate, to join the team. They named their project Klarna. However, they did not manage to win – the entrepreneurs in the jury criticized the service, calling the sending of invoices via the Internet “a terrible idea.”

However, failure and criticism spurred the team, and the co-founders decided to implement the idea to prove its worth.

They had no money, but they managed to grab the attention of the head of the Swedish venture capital fund Walerud Ventures, Jane Valerud. She not only invested $60 thousand in the company but also helped find software developers to create the service. In 2005, entrepreneurs rented a small office in Stockholm and began looking for the first partners who might be interested in such a service.

At the time Klarna entered the market, shoppers were afraid to leave their credit card details online. The company solved this problem – in order for the service to pay for the goods, the client only had to indicate their email address and home address. After that, the purchase was considered complete, and the client received an invoice by e-mail with the details of the order and the amount that had to be paid within 30 days. The company’s business model implied that the product would be free for users, and transaction fees would go to partner online stores offering purchases through Klarna.

In the early days of the startup, the benefits of her service were not so obvious to the retail sector, which was just starting to focus on e-commerce. The founders of the startup wanted to attract as many partner stores as possible – the more stores used the Klarna service for installments, the more users the startup would have. At the time, Siemiatkowski says, they thought they needed to learn how to make an impression to make deals with retailers.

To do this, entrepreneurs did what they didn’t like: they wore suits, printed business cards on expensive paper, and created the appearance of a serious business that had nothing to do with students. Entrepreneurs even tried to use numbers similar to telephone exchange numbers – to create the image of a company with many telephones in the office.

Initially, deferred payment was the main product of the service. Later, users were able to add bank cards to their Klarna account – after 30 days, funds were automatically debited from them. Klarna then introduced several other installment options. For example – Pay in 4, which allowed users to pay for goods from online stores in four equal payments. Users did not pay a commission, and the costs were borne by the sellers – each transaction cost them a fixed $0.3 plus 5.99% of the purchase amount.

According to Klarna, the average check for stores that use this installment plan is 68% higher compared to standard payment methods. In addition, Klarna provides statistics for specific retailers: after the addition of the payment option with Klarna, the conversion of the customer basket in the online sportswear store Gymshark increased by 33%. The second option is the ability to pay for goods on credit for a period of 6 to 36 months. In this case, the maximum interest rate for the client will be 19.9%, and the cost of each transaction will cost online stores $0.3 plus $3.29% of the purchase amount.

Such a product differs from other Klarna products – it allows the company to make money not only on online stores but also on customers.

According to Klarna, credit increases the conversion rate of online stores by 30%. Thanks to its high conversion rates, the company was able to interest not only local Swedish retailers, but also international brands like Adidas and Zara. In 2007, Klarna itself became an international service: the Swedish fund Investment AB Oresund invested in the company. It acquired a 26% stake in exchange for $4.4 million. With these funds, Klarna launched in Finland, Denmark and Norway.

In addition, the company has been profitable since the first year of its existence, and in 2009 it drew the attention of Sequoia Capital, which was one of the first investors in Google, Apple, LinkedIn, Yahoo and other tech giants. Sequoia Capital sent its junior partner Chris Olsen to Stockholm to negotiate the deal. He offered Klarna a $9 million deal, while also flattering the founders by comparing their company to Apple and Google.

“If you really thought that you were in front of the new Google, then now I would not be talking to you, but to the entire Sequoia team, right?” Siemiatkowski asked Olsen. A few minutes later, the entrepreneur was on the phone with Michael Moritz, managing partner of Sequoia Capital. Subsequently, Moritz joined the company’s board of directors. As Siemiatkowski himself said after this incident:

“Sometimes it’s good to be a little cocky.”

In 2019, Klarna held another investment round, managing to raise $460 million from companies such as Dragoneer, HMI Capital, and Merian Chrysalis Investment at an estimate of $5.5 billion.