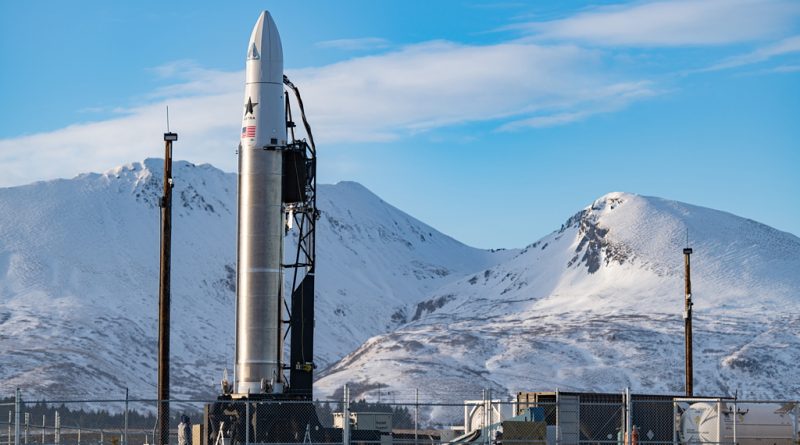 Rocket launch startup Astra prepares for its first test in orbit this weekend or next week, weather permitting.

The company will launch its Rocket 3.1 from Kodiak, Alaska – and although they are technically classified as orbital test flights, the company was quick to warn reporters at a press conference on Thursday that it didn’t necessarily believe each of the first three Launches it planned would make it fully into orbit properly.

“We don’t intend to get a hole-in-one here. It’s a par three course. We intend to really accomplish enough to ensure that we’re able to get to [orbital] flight after three flights, and for us, that means a nominal first-stage burn, and getting that upper stage to separate successfully. After that, pretty much everything that we learn is additional upside, and we’ll be just delighted if that upper stage lights and we’ll be delighted if the upper stage teaches us something so that our next flight can even be more successful.” Chris Kemp, CEO, Astra

Astra’s approach to building and launching rockets is somewhat different from its competitors. The startup only started three years ago and is building its rockets in Alameda, California, near Oakland. Its Rocket 3.1 is a roughly 40-foot launch vehicle that carries a small payload roughly equivalent to one of the small satellites that make up the large constellations currently being launched into low-Earth orbit by a number of companies (by comparison, SpaceX launches 60 of them in each of their Starlink missions).

Astra is looking to scale up at low cost, expecting higher margins on failure than other new spacecraft companies such as SpaceX and Rocket Lab.

“Instead of spending many years trying to do this the first time, we are moving into orbit,” Kemp said during a conference call on Thursday about their debut attempt next week.

This is a do-over after an initial attempt that resulted in the complete loss of the vehicle’s control. It was the Rocket 3.0 model, and the company redesigned it and fixed a number of issues, including the one that led to that critical failure. The gap between the current attempt and this late March attempt includes delays caused by COVID-19, although Astra was ultimately declared as one of the few companies still allowed to have a staffed office because it is considered essential to national security.

These three initial test flights will carry no payload, in part because Astra is fully expecting to lose at least the first vehicle. But the Astra model actually allows for some operational disruption in exchange for an economy that allows for significantly cheaper individual launch costs than is currently possible with SpaceX or Rocket Lab missions as an option for small satellite operators.

Astra’s first test launch is currently targeting the time window between Aug 2-7, between 7:00 pm and 9:00 pm PT (6:00 pm and 8:00 pm local time in Kodiak). So far, the weather doesn’t good for Sunday, but the company notes that the weather is changing rapidly and it plans to monitor it closely and adapt accordingly.