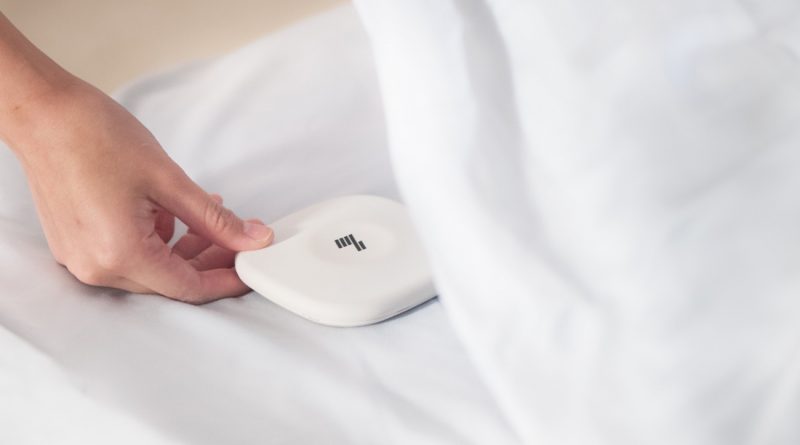 There were many devices and platforms of different kinds and shapes to monitor sleep at the market, but there was not any gadget able to track how fast we fall asleep and how deep our sleep is. At last, we have such a device that is even able to help you to sleep better. This is a sleep tracker FitSleep that uses a technology that was called «E-Lullaby» by its ingenuous developers. According to them, this system generates alpha waves, which help you to doze off and sink into a deep sleep.

Of course, FitSleep also has all functions of other sleep trackers, that is, it records data about the frequency of your heart rate, your breathing vibrations, motions of your body, “sleep habits”, etc. But this is not the main advantage of this device. Developers claim that FitSleep emits alpha waves of 0-13 Hz during the time of your light sleep, thus, making your sleep deeper and increasing its efficiency. Scientists that worked at the project called it “lullabying with the help of modulating alpha-waves”.

At present, we do not know how efficiently the method works and if it is real to lullaby a person using this kind of waves. The time of its release is also unknown. However, the developers have just finished gathering money at crowdfunding resource successfully passing their $100 000 goal.

Now FitSleep developers promise not to make customers wait and to land in the product in September.  So, if you are eager to get a miracle device earlier than others, you can still preorder it on Indiegogo site. The gadget is priced at $189.