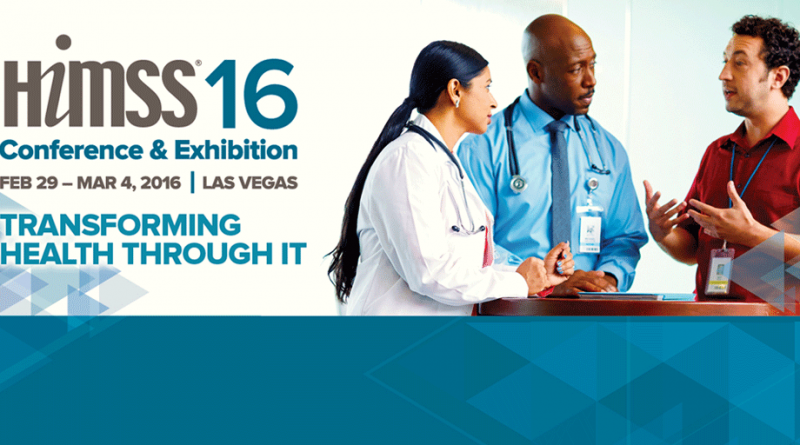 The 2016 HIMSS (Healthcare Information and Management Systems Society) Annual Conference and Exhibition took place in Las Vegas between February 29th and March 4th. There was a lot of excitement this year as the event brought together over 40,000 clinicians, vendors, executives, and health IT professionals from across the globe.

When it comes to health IT, it doesn’t get any better than this as all the industry leaders were all under one roof. Further, exceptional speakers presented the latest cutting-edge health IT products. If you followed the #HIMSS16 hashtag on Twitter, you would have caught a glimpse of the disruptive medical devices that were presented at the conference.

There were loads of great ideas and medical devices, but for the purpose of this piece, let’s take a look at four of the industry disrupters that were unveiled at HIMSS16.

Shoebox is a tablet-based testing platform that has the potential to disrupt the hearing industry by changing the way hearing tests are conducted. Developed by the Canadian company Clearwater Clinical, Shoebox currently offers two versions of the self-directed test. One is aimed at adults and the other is for children.

What’s great about this medical device is that it’s highly portable and accessible. At the moment, we are still conducting audio tests in a booth that filters out ambient noise. As a result, mobile testing is done by driving around mobile testing labs which is both expensive and an archaic concept in the digital age.

The device is designed to be used by audiologists and primary care physicians. Further, it can also be used by oil and gas companies that require their employees to get their hearing tested. According to Michael Weider (the CEO of Clearwater Clinical), the test can also be used to assess people with cochlear implants to figure out if the devices are working properly.

Iris Gateway is not a medical device per se, but it has a lot to do with them. It’s a server-based software solution that was specifically designed to integrate medical device data.

At the moment, the data generated from medical devices tend to get stuck within each device and has the potential to not be captured by the patient’s electronic medical records (EMRs). This is where Masimo’s Iris Gateway fills the gap as it’s designed to perform the required translations to transfer data from multiple medical devices into EMRs.

It’s a cost-effective solution that can be implemented on a server appliance within a hospital or on a remote server farm.

The following devices can connect to Iris Gateway via Root:

According to Joe Kiani (Founder and CEO of Masimo), “Iris Gateway is an important part of Masimo’s goal of bridging medical device data silos.” Its disruptive technology as EMRs will now be able to provide a clearer picture.

With Iris Gateway, we will finally be able to connect isolated devices to hospital EMR systems. This would also be done in high-acuity settings like the OR and ICU or in medical-surgical units which are low-acuity settings.