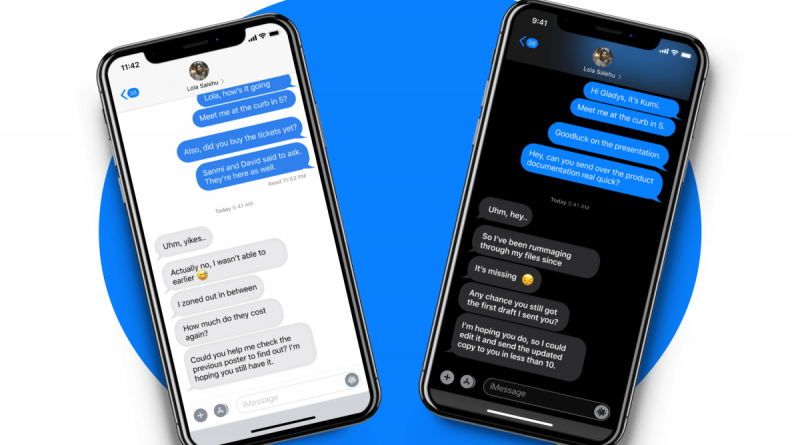 Apple is aware that iMessage is a big barrier to people switching to Android, which is why the service has never appeared on Google’s mobile OS. That’s according to emails and depositions from Apple employees, including some high-ranking executives, revealed in a court filing from Epic Games as part of its legal dispute with Apple.

Epic Games has filed new court filings with Apple in which the company reveals that iMessage and other iPhone apps are being used to keep users within the iOS ecosystem.

“iMessage on Android would simply serve to remove an obstacle to iPhone families giving their kids Android phones,” said Federighi.

Apple decided not to develop iMessage for Android back in 2013, according to the documents provided by Epic Games. The company launched the iMessaging service on iOS 5 in 2011.

Eddie Cue admits that Apple “could make an Android version that works with iOS” so that “users of both platforms could seamlessly exchange messages with each other.” But the app was never released. Epic cites other Apple services as obstacles hindering the transition to Android. These include, for example, FaceTime, launched in 2010. FaceTime was only released for iPhone, iPad and Mac.

The dispute between Apple and Epic Games has been going on since the summer of 2020, when the developer added direct purchases to the Fortnite game, bypassing the mechanisms of the App Store and Google Play. It was the game developer’s protest against the 30% commission. In response, Apple and Google removed Fortnite from their stores, and Epic Games sued both companies. The developer also condemns the closed nature of the iOS ecosystem.

Last September, the first trial hearing was held: in particular, the judge noted that 30% of the commission was a standard practice in the gaming industry, which is represented by Epic. According to her, the case is likely to be heard by a jury in July 2021.

In February 2021, Epic Games filed an antitrust lawsuit against Apple in the EU, in addition to the US lawsuit and claims in other countries. In April, Bloomberg reported that Epic Games was planning to raise $1.7 billion in funds at an estimate of $28 billion and spend some of the money on courts.

The preliminary hearing will be held on April 21st, and top managers from both companies will attend. The trial will begin on May 3rd.