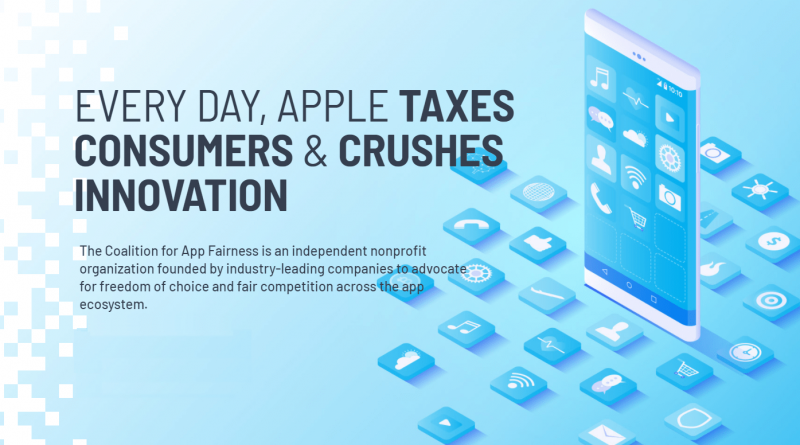 This non-profit organization has just been founded with the main goal of reducing taxes on app stores and creating a level playing field for all developers.

Epic Games, Spotify, Match Group (the owner of Tinder and other dating apps), Basecamp, and others have formed the Coalition for App Fairness to pressure Apple and other app stores.

According to the Coalition, most app stores charge excessively high fees, which gives unfair advantages to own products and services of the owners of these marketplaces. The organization plans to promote legislative and regulatory changes in the rules for the operation of app stores.

A spokesperson for the Coalition for App Fairness explained that the companies decided to build a coalition in August 2020 based on a shared drive for change. She also noted that the creation of the organization should not be considered the retaliation for the removal of Fortnite from the App Store a month ago.

“App marketplaces must be under regulatory oversight to ensure that their behavior is conducive to creating a competitive market and giving consumers free choice,” the Coalition has said in a recent statement.