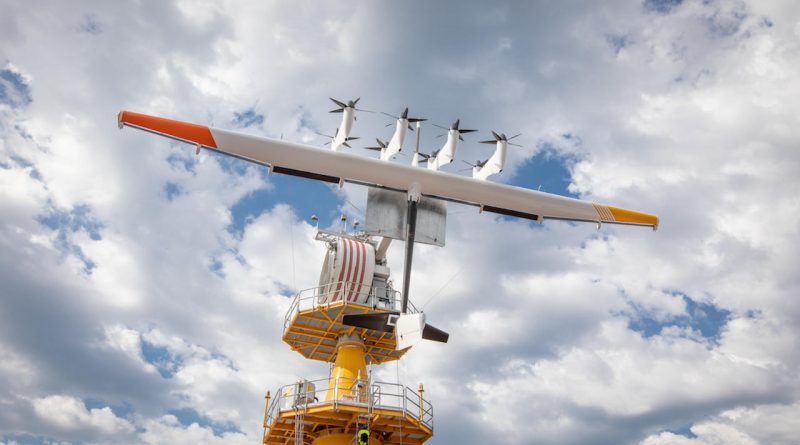 The wind energy industry has grown rapidly over the past 20 years, with new alternative delivery methods emerging on a regular basis.

One of the innovative directions was developed by the Makani company. The project is now closed, but its software can be found in the public domain. Makani has been developing new wind energy technology since 2006. As a source of energy, it planned to use a kite in the form of a glider with a wind generator. A kite flying at an altitude of 300 meters transmitted the energy generated by the airflow through a special cable. The cable was attached to the ground station.

All project data has been collected and is now available in The Energy Kite Collection. The project code is open-source written in C / C ++ and is open under the Apache 2.0 license.

The repository contains the following items:

The proprietary code has been removed from the firmware, so you need to modify it to use it further.

The base is designed to work on Linux systems with the Debian Stretch distribution. The source code comes with a script to create an environment in Docker. In addition to the codes, access is open to video recordings of flights and flight logs that record the experiments of the working M600 prototype.

The second part contains technical information such as the design of the kite system, the mechanism, and the physics of flight. Part 3 contains flight test records.

The project was created by passionate kitesurfers. They believed that kites could use wind energy efficiently. The first prototypes were made by Makani from canvas and were supposed to be used as part of kitesurfing equipment. But tests have shown that tissue cannot be effectively managed. Then the idea came up to use tough materials.

In 2016, the Makani carbon fiber kite was tested with a wingspan similar to a small jet. The structure generated 600 kW of electricity, which can power about 30 houses. In 2019, the company carried out the world’s first sea flight from a floating platform off the coast of Norway.

The project grabbed attention of Alphabet that invested $11 million in Makani. In 2013, it was bought by Google and made part of the Google X experimental laboratory.

In 2019, the direction was singled out as a separate division of Alphabet. At the same time, Royal Dutch Shell became a minority shareholder in Makani. The Alphabet Holding closed the project earlier this year. According to the head of Google X Eric “Astro” Teller, the path to the commercial viability of the project turned out to be much riskier and longer than expected.

According to the latest Global Wind Report 2019, 60.4 GW of wind power capacity was installed globally last year alone. This is 19% more than a year before.

The total global wind energy capacity has exceeded 651 GW. The top 5 countries in terms of the total number of wind turbines included China, the USA, Germany, India, and Spain.