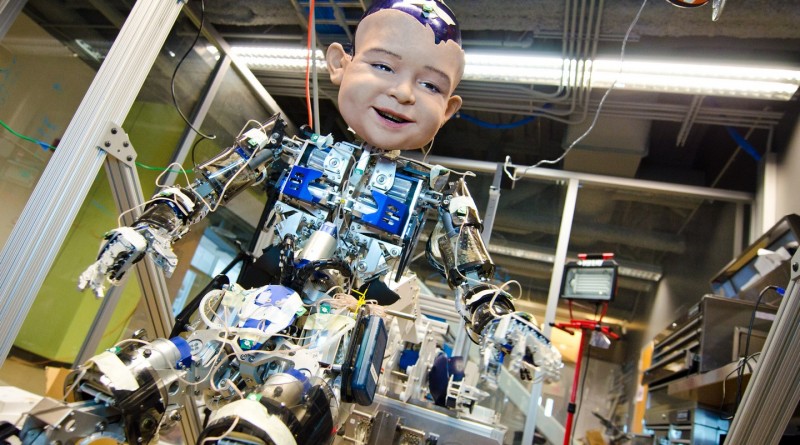 The robot appearance was largely inspired by Audrey Hepburn and David Hanson’s wife, the latter being CEO of Hanson Robotics. Sophia’s head is pretty much similar to the head of the robotic protagonist in the Ex Machina movie. By the way, human-like robots used in that movie were created by CEO of the world’s biggest search engine – Google. Ironically enough, but these days Google is trying to get rid of its Boston Dynamics by putting it up for sale.

Sophia’s lifelike skin is made of silicone. Cameras inside her eyes, combined with computer algorithms, enable her to follow faces, recognize individuals and make eye contact. A combination of Google Chrome voice recognition technology and other tools enable Sophia to “process speech”, “chat” and upgrade her skills over time.

“We want her to be as conscious, creative and capable as any human being. We are designing these robots to serve in healthcare, therapy, education and customer service applications,” – Hanson said.

According to Denis Dovhopolyi from GrowthUp Group, Hanson Robotics pondered over the possibility of launching R&D in Kyiv. “Believe me, all YouTube videos about this company are just the top of the iceberg. A year and a half ago, they showed me a head prototype that had more than 130 smile gradations. A human being with a head cut was a really eerily thing to see at the private viewing,” – Denis said.

It’s interesting to note that Boston Dynamics robots were listed among the coolest technologies of 2015 by MIT.