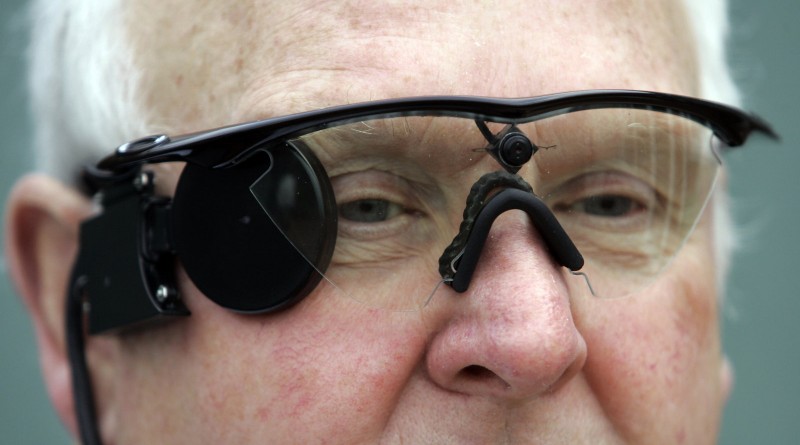 The new technology using a camera mounted on special glasses can be used to restore the eyesight of the visually impaired. This technology developed by researchers from the Monash University, Australia, allows transmitting images from the camera directly to the brain. And it can help those people whose optic nerve and the nerve cells responsible for transmitting visual information from the retina to the optic nerve have retained their functionality.

Having received an image, the camera transmits visual information to a specialized processor that converts the image into a signal that is further transmitted to the chip implanted in the human brain using the wireless technology. This chip is a matrix of 11 identical components, each having 43 electrodes. The electrodes impact on different parts of the brain responsible for visual functions, visual area of the cerebral cortex, occipital lobe, etc.

Digital signals transmitted from the processor to the implanted chip have a stimulating effect and make people, even those who are completely blind, to see flashes of light. The matrix of 11 cells can provide a “field of vision” consisting of 500 pixels, though it takes some time to teach people how to interpret what they see in such an unusual way.

Now, people who have these implanted chips can only see a rough reflection of the real world. “The processor acts as a cartoonist in this case,” says Arthur Lowery, the lead researcher. “It is responsible for the selection of the required minimum of visual information that will allow a person to perceive and assess the situation of any level of complexity.”

It should be noted that a further improvement of the technology will increase the resolution of the system of the direct transfer of visual information to the brain. And now, the researchers have focused on the improvement of methods of processing the digital signal from the camera, which will increase the brightness and contrast of the image “reproduced” in the human brain.