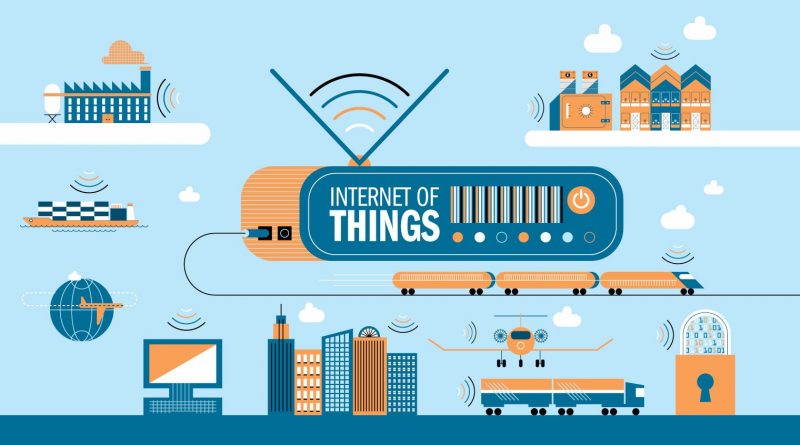 Smart things, sensors and other connected devices and even more: we prepared a new selection of IoT devices. Read about the most recent inventions and essential events in IT world.

The company “Rostelecom” is going to launch a pilot project of equipping cities with smart intercoms, informing about emergencies, prices of municipal services and providing video surveillance. The records from interphones will help police and stored on servers for 30 days.

Any citizen in case of emergency (or a car theft) will be able to get the records from the cameras. In such cases, the head of the appropriate municipal service will send a request to the provider. Provider will also have the possibility to broadcast short voice messages when residents come into the house. For example, a smart interphone can inform about the necessity to pay gas and electricity bills or about some planned repair works.

Also citizens will be able to control their intercoms with the help of smartphones. For instance, a flat owner will be able to see his potential visitors on the screen of his phone.

A Smart Glass with Discounts for Drinks and Taxi

Israeli startup Glassify presented a “smart” glass for bars that can get connected with users’ smartphones and give them individual discounts for beer.

It works as following: a user installs an app, comes to one of the establishments using Glassify and orders a beer. The waiter brings a drink in a smart glass with a NFC chip (such chips are used for contactless payment using your smartphones) with QR code.  When a user puts his smartphone near a chip, the order adds in the app.

The company Cisco carried out the project of the Internet of Things in the region of Porto Maravilha. The project include 15 smart services.

A special smart system was created to control the water level in sanitary sewers. Such system helps to keep inshore waters cleaner.

Smart information stalls were installed in the center of the Olympic city. Their task is to help visitors to orientate themselves in the city. The stalls can speak Portuguese and English and equipped with printers.

The biggest screen in Latin America was located in the city situation center. Its area is 75 square meters. Viewers can watch satellite images and images made from a police helicopter, videos from 800 road cameras, read information about rivers’ eater level and air pollution level. Besides, the screen provides people with information about power failures and car accidents in real time.

The main feature of this ball is a constant feedback with any modern gadget. Such ball can send to your smartphone the data about run distance, speed, acceleration, ball turning (a peculiarity of American football), a range of throw, etc.

The ball is equipped with built-in Bluetooth sensors and a small sensor for measuring all ball characteristics.

The device will go for sale in September at the price of $200.

Cory Guynn, an engineer in Cisco Meraki, spent a few years developing global computer networks in different fields of industry. Recently he also equipped a toy of his childhood with IoT that controls the city transport, illumination, smart tasks and other objects, making it a real prototype for a smart city of the future.

The project Internet of LEGO is smart city made of LEGO, equipped with many smart sensors and connected with a microcomputer Raspberry Pi Model B+.

RFID markers, infrared and ultrasonic sensors of approach, magnetic switches are used to hold control over the LEGO city.

The police of Lawrence, Indiana, as a part of an experiment, get individual cameras BodyWorn. The cameras look like smartphones; they can be placed in a special casing on police officers breast under a uniform. The cameras record video and download it on servers automatically. In a case of an injury, the cameras will send an alert signal to a dispatcher. The only part of the camera that can be seen is the objective. The most useful function is sending a message about the injury of a police officer. The device can discern when the body of an officer is horizontal and then sends a message. The program can also recognize faces. Ticking one face, you can trace it wherever it would be on the record.

The drones will be able to open letter boxes with the help of RFID technologies.