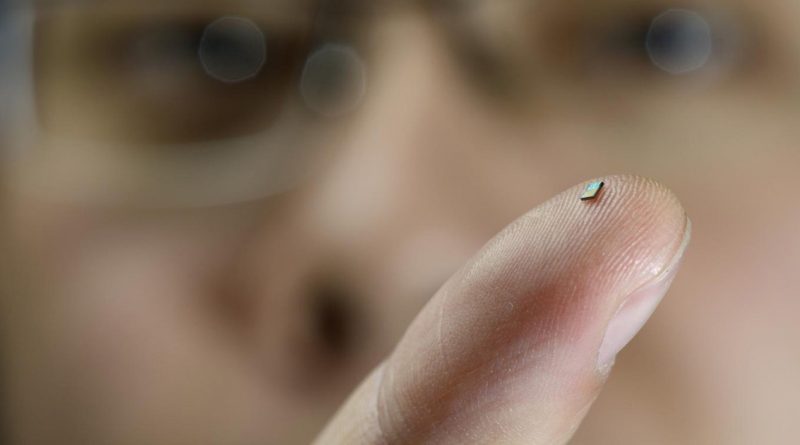 In 100 years present DVD discs, hard disc and flesh cards will leave us for good. But at least one music record will be stored since nowadays without re-recording. The matter concerns a single This Too Shall Pass by an alternative rock group OK Go. A music clip depicting an impressive construction, called Goldberg’s machine, became a part of 202 megabyte of data segment ciphered in a DNA archive. This is the biggest DNA data “storage” existing today.

The project of DNA archive is a result of Microsoft and Washington University Institute for Informatics cooperation. Startup Twist Bioscience also took part in the project. All scientists are working at the development of new data storage technology. The matter concerns physical DNA data storage that will replace hard discs.

DNA data storage will have a range of advantages over any technology, which we have at our disposal today. Firstly, it have incredible data storage density. Secondly, they are reliable. Theoretically such storage can exist hundreds and even thousands of years, storing information without any data loss.

To record data the scientists convert a binary code into nucleotide molecules that form DNA blocs. Different pairs in such sequencing techniques are 1 and 0. To read recorded information the scholars use the technology for decoding the genome of plants and animals popular with scientists all round the world. After reading the data are again converted into a binary code.

The idea of DNA data storage is not new, however scientists have managed to gain successful results only recently. For example, in 2012 the scientists of Medical School in Harward managed to record a digital book in DNA. In 2013 the Institute of Bioinformatics recorded 739 kilobytes of audio records of low quality. A bit later Medical School in Harward succeded in improving its results and recorded a mute film “Travelling to the Moon” (22 megabyte). And only recently the amount of information has reached a three-digit number.

Of course, 200 megabyte is only the beginning. Last year scientists announced that soon they would be able to store an Exabyte (one million megabyte) of information into DNA with dimensions of a sand grain.

But apart from technical realization of this ambitious plan, scientists still have to solve two more problems. They have to reduce the cost of technology and increase the speed of reading and recording the data. At present the recording of one byte of information costs really expensive. What is worse, the recording and reading process is too slow. In 2012, after a successful experiment of recording a book, one of the scientists called all this endeavor “a project of vanity”. According to him, it can be compared with using an abacus to count Hamiltonian path, which can be counted in a second with the help of a modern computer. However, no commercial usage of the technology has been announced yet.

Nonetheless, the scientists are full of hope. They are sure that they will be able to solve the problems connected with cost and speed. They assume there are no fundamental obstacles to make the process of reading and recording cheaper and quicker. Maybe in 10 years we will see the first commercial DNA storage

But even if DNA-ports are not to become a part of a usual PC, the technology will live up to scientists’ hopes. It can be used to store the most important information, for instance, cultural heritage of humankind. Unfortunately, today such valuable information is stored in very unreliable carriers. For example, the biggest library in the world, USA Library of Congress, still stores digital data on DVDs and CDs. In a few decades, or even earlier, these carriers will start impairing and the heritage can be lost for good.

One more essential issue of DNA storage experiments is that they show the importance of organic components in modern technologies. Some dreamers believed that in the future we would see a lot of steel and silicone but they failed. It seems that real future is somewhere between organics and syntactics. And it is amazing.