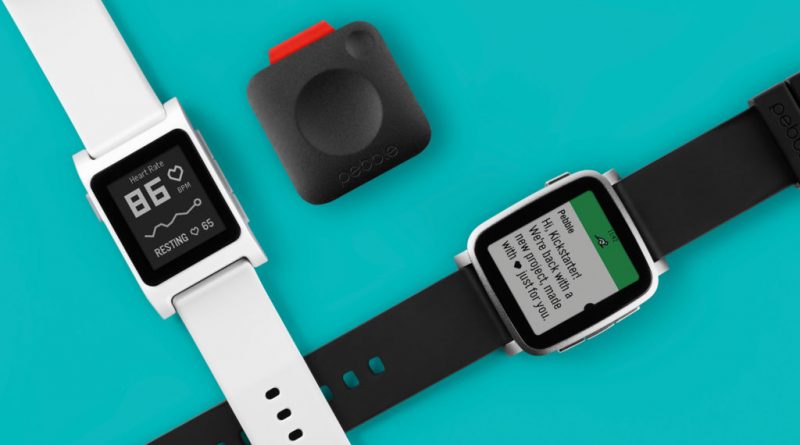 After two record crowdfunding campaigns the manufacturer of smart watch Pebble came out on Kickstarter again. This time the company presented the updated models of two watches and a new wearable device for runners Pebble Core. Within three hours of crowdfunding the company has already raised more than $ 2.3 million, easily reaching the goal of one million dollars.

“We are back again! And we are incredibly pleased to introduce two models of smart watches, and an entirely new, easy, customizable, a network connected device that can replace your smartphone while you are running, “- writes Pebble on Kickstarter.

Budget model Pebble 2 and the premium version Pebble Time 2 have similar characteristics. As previous models, the watch is designed to display notifications from a smartphone, show the schedule and “even perform simple tasks by clicking a button.” The new versions can replace a fitness bracelet, checking the blood pressure, tracking activity level, and sleep. Both models have a built-in microphone and are water resistant up to 30 metres.

The Pebble 2 has a monochrome E-Paper-display, that allows the battery not to drain for up to seven days. Premium version has a 53% larger color screen and can live up to 10 days. Prices on them for backers on Kickstarter start from $ 99 and $ 169 respectively. The retail price of the Pebble 2 is $ 129, and Time 2 – $ 199. Delivery of budget model is to begin in September, and Time 2 – in November this year.

The company has also made a step forward not limiting its field to smart watch manufacture and introduced a new wearable device Pebble Core that should release the runners from smartphones. Thanks to 3G-module, it allows you to listen to music on Spotify and synchronizes GPS-data with sports applications Runkeeper, Strava, Under Armour Record and Google Fit. Gadget battery can withstand up to 5.5 hours even using GPS and listening to music. It also has 4 GB storage memory, Wi-Fi and Bluetooth. Campaign participants on Kickstarter can buy it for $ 69 and in retail it can be purchased for $ 99. Delivery will start in January next year.

We also have a Core Hacker Edition: “It is Pebble, of course, you can hack it! In fact, Core is a tiny Android-computer, which will find its place in the keychain to become your magic button for everything”. It has a port for adding new functions to the device and two programmable buttons, users will also have access to the SDK gadget. Pebble offers to use it for calling Uber, monitor the actions of your cat or manage a drone via the Internet.

The debut Pebble campaign on Kickstarter raised $ 10 million and, in fact, founded the smart watch market. Last year the company updated its first watch and introduced a premium-chronometer Time, beating the previous record twice and becoming the most successful campaign on Kickstarter. And while this news was being written, Pebble managed to get pre-orders for $800 000.