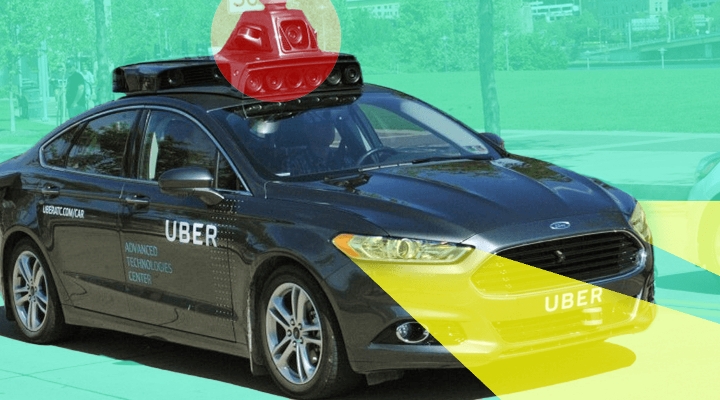 Test-drives of Uber self-driving cars start on the streets of American city Pittsburgh. The company announced it  last Thursday. So, from now on, local drivers are in danger of facing a car, which looks like the one being driven by one of the agents of S.H.I.E.L.D.

Quite a noticeable module, comprising 22 cameras, is situated on the top of testing cars, modified by Ford Fusion. Cars are also equipped with laser beam sensors and can “see” as far as 100 meters in any direction. They will drive along the streets of Pittsburgh, collecting data and testing self-driving mechanisms. Though, to be on the safe side, an experienced driver will be in driver’s seat of each car.

Uber’s Pittsburgh lab opened 15 months ago. According to John Bares, the head of the lab, this city is an ideal place for testing cars due to its hilly area, narrow streets, chaotic parking and a lot of precipitation: “Here, just beneath the windows, we have the world best testing area. It is not an Everest, of course, but still the height is pretty challenging and to conquer it you do not have to go far. It’s perfect.”

While testing, the cars are going to speed, brake, simply drive along the streets, park and perform other basic functions. The driver, sitting in the car, can take control at any moment. Besides, an autopilot will pass control to the driver using a loud warning signal, if sensors detect, that a car is driving off the traffic lane or it encounters an unfamiliar object on the road, something that cannot be recognized or just when the car computer is unsure what to do.

Currently, cars have already undergone such tests as hollow spots and the potholes in asphalt, improperly parked and left on the road cars, pedestrians running across the road at a red light, unexpected cyclists.

In one of his interviews Bares mentioned: “We are in search for situations when computer finds it difficult to arrive at the decision. By finding a problem we can eliminate it. And we do not always want to do exactly the same thing a person would do in such a situation. For example, passing by the hollow spot, a person often gains pace and drifts into the oncoming lane. And this is pretty dangerous. The most complicated task we have to face is to foresee a human behavior.  Most cars on the road are quite predictable, while pedestrians are not. Especially, when they suddenly decide to run across the road.”

The self-driving cars, according to Bares, are the way towards road safety. About 94% of the car accidents had a fatal outcome and happened due to the fault of a driver. “Can we give a person an opportunity to work and rest in the car, and at the same time ensure his absolute safety? This issue disturbs me most”.

Travis Kalanick, CEO Uber, says, that all these endeavors are only the first steps on the way to the creation of a full-featured autopilot and this is one of the most important task of our company.  “The question is whether we will succeed in becoming a part of the future. Or we will resist it and we will have to become history, as well as a disappearing taxi industry that existed long before our company emerged”.

It is worth noticing that Google launched the testing of a self-driving car back in 2009 and Tesla has recently offered the owners of Model S to try a beta-version of autopilot, so Uber slightly lags behind. However, they have an opportunity to learn from mistakes of the predecessors. They do have the reason to hurry up. The US National Highway Traffic Safety Administration made a promise to develop traffic regulations for self-driving cars until July 2016.