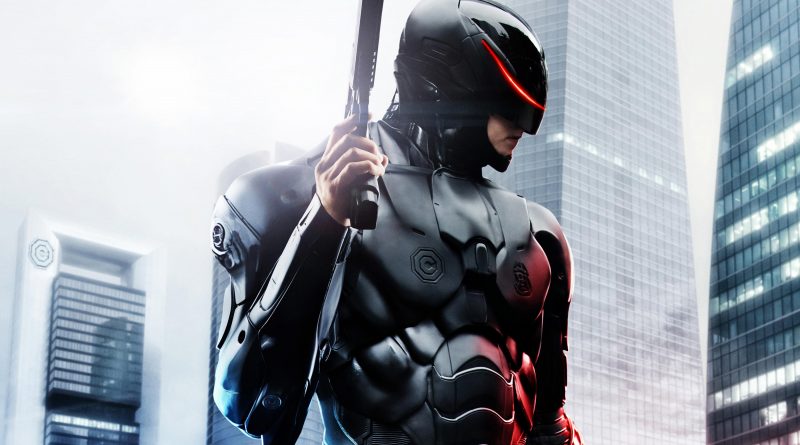 After more than 10 years since the release of “Robocop” the dreams of film creators are likely to become true. Of course, the humanity has not devised hi-tech cyborgs like the main character of the film. However, today complicated robots maintain public order and security in different parts of the world. Here you can get yourself acquainted with “robocops” which help police in real world.

This year after annual Republican Convention the police of Cleveland allowed a robot named Griffin to patrol the streets. The machine was developed by students of local Cleveland University. The device is a 12-inch (about 30 centimeters) six-wheeled off-roader. It can perform functions that may be difficult for a human. For example, the device inspects the cars’ bottoms to find explosives. In general, the police have 40 such robots at their disposal.

The authorities of South East city Pohang purchased a robot to look after prisoners’ behavior. The device is 1,5 meter tall and equipped with a set of 3D sensors constantly scanning the space around them. If prisoners start to behave themselves suspiciously, for example, they start fighting, the robot instantly informs the guards about the incident.

Israeli military bot Dogo is 30 centimeter tall and weighs only 11 kilos. The machine is equipped with a gun Glock. The robot is used in city fighting when it is vital to get to the terrorists from the rear. The tidy robot can even climb up the stairs.

The Los Angeles Police Department has a huge radio-controlled device Bat Cat in its inventory. The armored robot is equipped with a 15-centimeter telescopic hand necessary for picking and transporting explosives. The device is used, for example, to take a bomb from a mine car. Bat Cat was developed on the basis of a Caterpillar Telehandler, so a man can also be at the wheel. However, in dangerous cases the police prefer to use a remote control.

Japanese police use drones to catch other drones. Of course, it would be easier just to shoot the drones violating the allowed boundaries. But air shooting under the conditions of a megapolis can cause damage of buildings and casualties.  That’s why the police use these drones to prevent other drones interruption. Unauthorized aircrafts just mesh in the nets and find themselves detained by the police.

The Olympics stipulated Brazilian police to use some anti-terrorist robots called PackBot 510. These devices were already used for finding bombs during the World Cup and performing rescue operations after the Fukushima catastrophe. Each robot weighs about 30 kilos and equipped with a two-meter telescopic hand enabling it to lift a 15-kilo load. As well as Cleveland Griffin, PackBot 510 patrols the streets inspecting cars’ bottoms.

In Kinshasa, the capital of the Democratic Republic of Congo, you can meet very unusual street guards. This huge construction is shaped like anthropomorphical robots. The robots carry the functions of traffic lights, traffic policemen and speed cameras.

Not so long ago Polish police purchased a bot called TRM (Taktyczny Robot Miotany or tactical tossing robot). Robot has got a very solid base, but weighs only 2 kilos. As you can see from its name, the robot is tossed into inaccessible areas and controlled by a remote control. The device can also carry tear or smoke grenades which are activated by a signal.

The “demilitarized” zone between South and North Korea, how strange it may seem, is the most militarized zone on the planet. One of the most hi-tech arms that you can find there is a semi-automatic robot Samsung SRG-A1 equipped with a 5,5-millimeter machine gun and a grenade launcher. It can detect targets within a 3-kilometre zone due to its highly accurate sensors of heat and temperature. Usually operators correlate its actions, but if necessary, the device can operate autonomously.