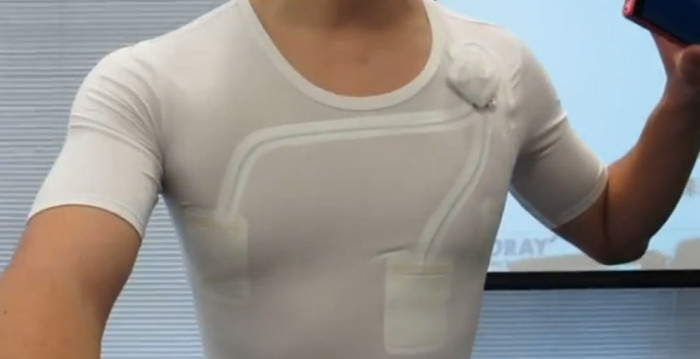 At first smartphones, then smartwatches and fitness bracelets with different sensors, a processor and special apps… In the near future we will witness further development of wearables market.

According to ABI Research estimates, smart clothes will become popular at corporate market followed by the development of fitness market. The company assesses that by 2021 smart clothes market will count 18 million items with average growth rate of 48%.

New market segments not only expand smart clothes usage sphere but also prove that wearable electronics and miniaturization of components makes the technology highly desirable in any cases and under any conditions. The vendors promoting smart clothes include Athos, Heddoko, Hexoskin, Mimo, Mondevices, OMsignal, Owlet, Sensoria and Textronics. Recently Ralph Lauren, Levi`s and even Google have joined the team.

Levi`s and Google are cooperating developing a smart jacket (in the photo), allowing to control a smartphone using jacket’s sleeve. You can receive calls, control an mp3 player, run an app and make many other actions, touching a sleeve.

The biggest challenge to develop mass smart clothes market is the increasing of wearing capacity of components, making it “smart”. But as well as when it concerns the Internet of things, company partners will help to provide practical, fashionable and  reliable smart clothes, that will be favored by customers buying it at premium prices, – supposes Habirson.