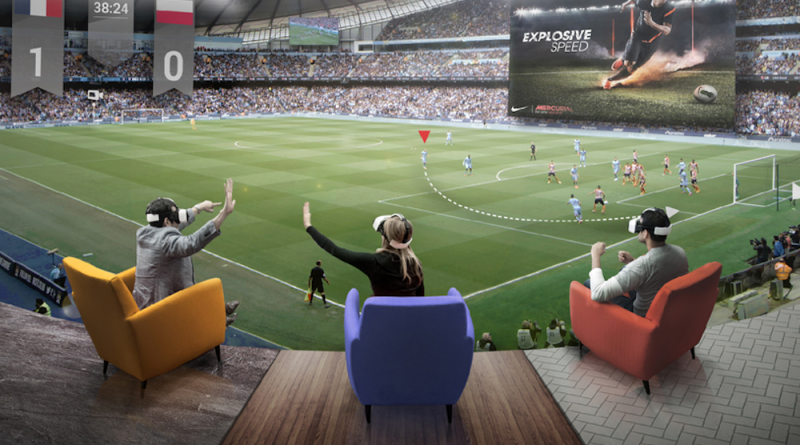 After failing its attempt to conquer the market in 90s, virtual reality tried to do it again in the beginning of the year, releasing its gadgets Samsung Gear VR, Google Cardboard and Oculus Rift. Now we can say without a doubt that the technology is here to stay. The VR projects needed less than a year to attract investments from venture capitalists and technological giants like Facebook. The technology has already affected many spheres of our life, including sport.

In fact, sport was a sphere where virtual reality found many ways to be successfully applied. Here you can find a few examples of VR application in this field.

In general, all you need is a VR device such as Google Cardboard or any other VR device. Using such a gadget, you will be able to feel that you are at the stadium, staying at home.

Summer Olympics 2016 have already been called the most spectacular sport event of the year being broadcast using VR. Fortunately, the technology coped with the challenge successfully.

Experts predict that in the nearest time all sport events will be broadcast both in virtual reality and usual TV.

Watching an Event as a Player

A possibility to transfer to the stadium situated on the opposite part of the Earth is undoubtedly cool. But VR opportunities are not limited to it, now you can enjoy a sport event in an ultimately new light. How about watching a sport event like a player? This option can change our concept of enjoying sport.

The first steps in this direction have been already made. Last year Spanish startup FirstV1sion used a set of little cameras, attached to the clothes of basketball players to broadcast some events. Thanks to it, VR fans were able to watch a few basketball matches from players’ point of view, including matches in Euroleague.

Although modern 360-degree cameras allow viewers to bow or turn their heads in VR, the viewpoint still depends on the location of the camera.  Thus, a viewer can move neither to the right nor to the left. Many experts find such situation rather dull. However, they are sure in a dozen of years viewers will be able to run with the players on the stadium in real time. So spectators will feel themselves in a virtual sport game, they will observe matches being invisible but feeling their participation.

Many startups are already trying to fulfil this ambitious plan. The task can be solved by increasing the number of 3D cameras on the stadium. However, for connecting a whole VR model containing numerous “parts” from different cameras into one space in real time experts will need to develop some special computational equipment. From the other hand, the rapid development of technologies gives us reasonable hopes to believe that nothing is impossible.

Social Aspect to be Improved

One of the main disadvantage of VR is lack of social interaction between spectators. You can put on a helmet and watch what is going on the stadium, but you will feel yourself only an invisible ghost wandering on the stadium. VR cannot provide communication, for instance, you will not be able to clap somebody’s shoulder to share your joy. At present VR can give experience of being alone. But who knows, maybe something will change.

Startup Virtually Live is trying to improve social aspect of VR. The company is developing a system, which will allow to project the avatars of virtual spectators onto the virtual space of the stadium. Such VR fans will be able to communicate and root for a team.

Professional sport teams use many video materials during their training. They watch the games of other teams, scrutinize the the tactics of their counterparts and improve their own technique. However, only watching the game on TV cannot be compared with a real-time game.

Today professional teams start to use VR for projecting the game. Thanks to the VR usage during the training, players find it easier to orientate themselves on the field and they can definitely know where they should be and how they should behave in some specific situations.