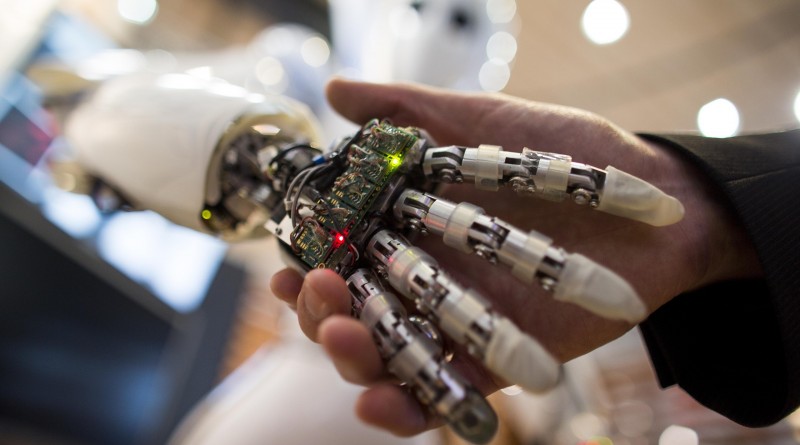 The coming years promise to be fruitful for the introduction of AI tech. Despite the fact that Stephen Hawking predicts the AI evolution and total machines control over people in the next hundred years, there is nothing to be afraid of.

The system of “smart home” has been known on the market for a long time, but the creator of a famous social network Facebook, Mark Zuckerberg, said that he is going to undertake the artificial intelligence development in 2016 and make this opportunity more affordable. According to Mark, the system will be able to control the temperature, lighting, and music in the house. Moreover, the list of duties will include facial recognition of residents and regular guests as well as those who are just going to knock on your door.

A while ago, the study of new operating system widely used in North Korea, was completed in Germany. The main purpose of these operating systems is total control over all the information that circulates in the country. Thus, all the possible fears in terms of security are not associated with superiority of AI solutions over the human mind, but with preventing from data leakage.

Another sector, in which an “explosion” of technological progress is planned, is AI apps. iPhones’ users have accustomed to the “Clever Girl” Siri, which can not only simplify the search by voice or a set, but also can support a warm conversation. Windows developers improve the response to this innovation, Cortana. Of course, it is still impossible to compare nor Siri neither Cortana with the ability of real human intelligence. By the end of this year, technologies enabling helpers to identify the owners by not only voice, but also face-to-face are expected to be introduced. The level of active communication with electronic assistants will be characterized as “friendly” – the term analysts prefer to use. For the time being, instead of clicking a button to record a note for a meeting, you can simply ask you virtual friend to do it.

With regard to general AI predictions 2016, this year will be an intermediate step towards the development of artificial intelligence; most innovations will reach significant levels only in 2018. However, the plans do not get tired of hitting its scale: we are waiting for robots-bosses, up to 20% optimization of business work content, and up to 45% companies increase where the number of robots-employees will exceed the number of real staff.

The research company IDC forecasts business owners will feel it to full extent in the year to come. As mentioned above, modern technology vendors are expected to find themselves transformed in future. The scenario can be developed in two possible ways: a complete transformation due to innovation or destruction. Over the next 15 years, more than half of the companies’ budget will be spent on the expansion of business in the domain of digital transformation. Well, we have quite perfect forecast for the next few years. They will not be much different from reality: in 2016, the number of “smart” houses and self-driven cars, connected to the network, will reach unprecedented levels.

Self-driving vehicles are being tested now and are planned to be presented for affordable purchase in the nearest future. Tesla is considered to be leader among smart cars producers.

Is artificial intelligence harmful? The danger may be in the lack of control. Many scientists prophecise AI flourishing the extinction of Humanity in electronics realm.