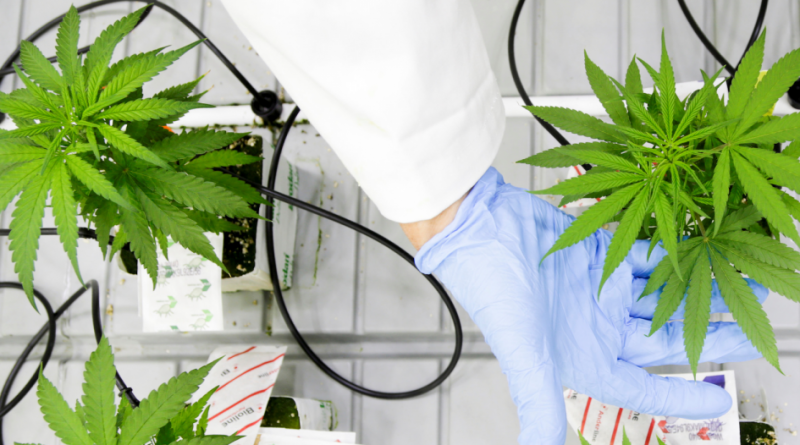 According to PitchBook, as much as $2 billion was invested in cannabis startups in 2019 alone. To this, we should add the mega-investment rounds of Pax Labs, which recently received $420 million to develop its product.

The most funded companies in this area are Flowhub and LeafLink.

The first created a platform for retail automation. Since 2015, Flowhub has been offering meaningful solutions for Alaska, Arizona, and California dispensaries. Their platform is used by more than 700 cannabis traders and 30 partners across the United States. The company, whose mission is to expand cannabis retail and assistance in dispensary set up, received a $23 million investment in late October 2019.

As the original integrator to Metrc, the state track and trace system used in most legal cannabis markets, Flowhub helps cannabis retailers automate and simplify business operations through technology to keep companies and government transparent, keep cannabis products off the black market, and build a robust scalable industry that is approachable for all adults and medical patients.

LeafLink is a platform for managing hemp farms. The system offers users a set of products, including simplified ordering, CRM systems, reporting and logistics tools, etc. This year, the company has signed the largest deal worth $35 million.

Among the startups in this area is the American company 1906 New Highs, whose name is associated with the period of implementation of the Clean Food Act – Wiley Act, which actually started the era of the cannabis ban. The “1906” campaign was launched in 2017 with the idea of ​​developing a product that would combine dosed cannabis and herbal medicines to increase energy and improve relaxation, focus, mood, sex, or sleep.

Today, the startup offers six high-performance drugs with a “delicious fast-acting effect.” The company, which aims to return cannabis to its original status (before 1906) as the main drug, received an investment of $18 million.

Copperstate Farms is a network of the largest cannabis greenhouses in North America. The company’s mission is to provide patients with a wide selection of premium cannabis products. This year, it signed the largest deal for $35.6 million.

Scientific approaches to cannabis are implemented by Steep Hill. Founded in 2008 as the first commercial laboratory, it is constantly researching all the possibilities of cannabis. Investors are once again interested in their results and activities. This year, the company received $36 million for its projects.

Effective cannabis-infused medications are also developed by the American company HempFusion, which produces and sells oils, ointments, and hemp-based tablets. Since 2015, it has been offering high-quality food cannabinoids, which also includes other important components. This year, the company has received an investment of $6 million.

Holistic Industries is another CannaTech company whose mission is to provide patients with quality and safe cannabis-based medicines. The uniqueness of Holistic is that they offer a wide range of branded cannabis strains. The company managed to attract $55 million to bring its ideas to life.

Sentia Wellness produces and distributes high-quality, lab-tested certified hemp products. The startup was launched this year and has already received an investment of $91 million.

Vertical Companies is one of the first and largest vertically integrated companies in the legal cannabis industry. With operations in CA and KY, and strategic partnerships in OH, the company has additional plans for expansion to other states to allow users globally to take advantage of the legalization and normalization of cannabis.

The largest investment round worth $58 million was closed this year with the support of Merida Capital Partners. Slightly less money was received by Loudpack Farms. The holding has 8 farms where marijuana is grown, packaged, and distributed.

Last year, it closed the investment round worth $50 million. Caliva, founded in 2015, has proved itself in this direction, too. It received an investment of $75 million.

Grassroots Cannabis, which received $90 million, was also among the most funded cannabis farmers. However, it was later acquired by Curaleaf for $875 million.

The most expensive deal of the year: Pax Labs electronic cigarettes

In 2019, the largest investment was received by Pax Labs – a developer of electronic cigarettes. The value of the deal reached $420 million. Thanks to this investment, the company’s shares rose to $1.7 billion. Their Pax 3 product is equipped with new tools, accessories, and additional software for smartphones.

In 2019, the most funded startups in this area included Metrc, which develops cannabis crop monitoring systems. Their activities are guarded by local and state laws. Metrc software allows you to check the reported inventory of cannabis in real-time at all licensed companies. The company managed to obtain financing in the amount of $50 million.

For consumers, there is a solution from yet another company – Hound Labs, which has received $30 million. Engineers have developed a technology for measuring THC respiration to create the world’s first marijuana inhaler. The ultra-sensitive breathalyzer accurately determines whether a person has used marijuana.

According to Business Insider, this is the direction that has lately received the greatest support from investors. The best cannabis distributors are Eaze, Flow Kana, and Parallel.

Eaze is a cannabis delivery service based in San Francisco. The company received a $65 million investment from Jimmy Clark and VC company DCM Ventures. Eaze legally supplies cannabis products to almost every corner of the United States. The consumer receives the order within 6-7 days.

Flow Kana, which also distributes cannabis, received almost twice as much. Their service has got support ($125 million investment) from investors such as Reason Venture Partners, Gotham Green Partners, and Salveo Capital.