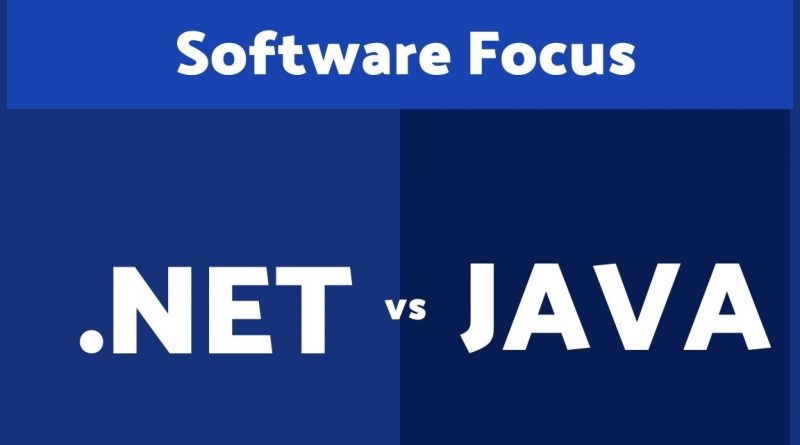 Are you about to jump on the software development bandwagon but facing a dilemma of what programming language to choose for your project? To make this tough choice a bit easier for you, we’ve put together a comparison review of Java and .NET technologies.

Microsoft .Net and Java are two well-known technologies which you can use to program software, build web apps, as well as enterprise solutions and robust, large-scale applications.

Major Differences Between Java and .NET

One of the key differences between .Net and Java is that Java Enterprise Edition can run on any operating system, while .Net can only run on different Windows versions. Even with open-source implementations of .Net, this framework is still geared primarily towards Windows users.

Microsoft has just announced .Net Core v3.0, which is a new and improved version of the .Net Framework.

Although .Net Core does not support all the features of .Net frameworks, it’s always better to use the .Net Core for the following reasons:

So these are some of the advanced features of the improved version of the .Net platform.

Speaking of Java, since this language uses the Java virtual machine, which basically follows the rule that the code must be such that it can run on any device and under any operating system. It makes Java a platform-agnostic programming language.

When it comes to Java, there are four main IDEs available for developers: Eclipse, IntelliJ Idea, Oracle NetBeans, and Oracle JDeveloper.

Key Features of Java vs .Net

One of the biggest challenges for Java is that it uses the same language across multiple platforms. But still programs written with it work independently in different types of OS. Java can support languages such as Python, Ruby, Groovy, Scala, and Kotlin.

On the other hand, the .Net platform can support languages used for server-side development and web services, such as C # and C ++. It currently supports about 20 languages. With it, you can program in any language of your choice, such as Vb.NET, C # .NET, Perl and many more.

Java IDE consists of a code editor, compiler and debugger. Java IDEs are available with built-in plugins and autocomplete options, which can help improve Java flexibility and open up opportunities for innovation.

As mentioned above, .Net comes equipped with Visual Studio, which helps you edit, compile, and customize the behavior of APIs at runtime by using library macros. Plus, developers don’t need to evaluate IDEs and other tools in advance.

Converting Java to machine learning is not required until the code is executed. On the other hand, .Net is built and then runs on the system. This is the reason why C # performs better at runtime.

Security is always a major concern for an open source platform like Java due to the lack of professional support.

On the other hand, .Net is a universal platform, so Microsoft is responsible for its security. If you use .NET, you can offer ongoing support to your corporate clients.

One of the main advantages of the .Net platform is its unified environment provided by Microsoft. On the .Net platform, you can find endless horizontal scalability where you can get most of the IDEs and tools on the Microsoft Developer Network.

In general, migrating to .NET is more expensive compared to other frameworks. In this framework, managed code is slower than native code. For new features and improvements, developers depend on Microsoft.

One of the main advantages of Java is that it is portable, so you can easily select the operating system of your choice to build your application or website. By keeping everything and everyone in the domain objects, Java calls the database less often because the object-relational support is much better.

Java applications are much more interoperable with other platforms through the use of more advanced continuous integration tools like Jenkins and Travis CI. The Java community is strong and growing as various free integration connectors are available.

Java is slower compared to other languages ​​due to its multi-platform support.

Java and .NET: Who’s the Winner?

Both Java and .Net have slightly different features for software development, be it IDE or portability. Yet both platforms pursue the same goal and target the same audience or market segments.

As such, it is a little tricky to decide which language is best for your project, as both have proven themselves well and are suitable for different types of apps and solutions. And don’t forget that whenever you ask developers about these languages, you will receive opinions based on their personal preferences and skills. So make sure to double check before making a conclusion based on developers’ feedback.

In short, we can say that Java is suitable for web projects, whereas .Net is better suited for web services and APIs, specifically Windows API service. Java is mainly used for Linux platforms, but nonetheless it also works on Windows.

To summarize, there can be no perfect choice between .NET and Java. It all depends on tech skills within your software team, available infrastructure, interoperability requirements, and end-user support, as both platforms offer nearly the same functionality and target the same market.