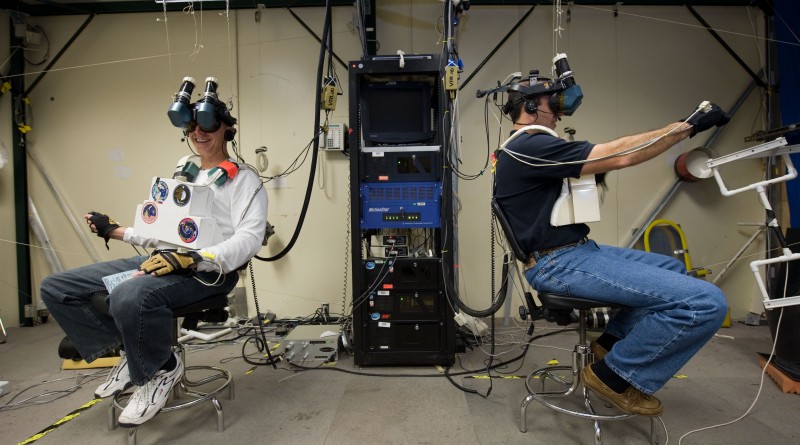 The Dutch startup Manus has developed a gaming accessory glove kit for virtual reality (МК) which is compatible with most of modern headsets. The device is positioned as the first-of-its-kind perfect device for VR: it promises to take handheld controllers out of virtual reality allowing players to use natural hand and finger motions within immersive, digital spaces.

Modern technology has been booming the world of VR. But device spreading is only the first step. Technology is not considered to be successful without a well-developed infrastructure that consists of both software and hardware components. Very soon the boom in virtual reality will be followed by another boom of compatible devices and gadgets for VR. Manus VR Gloves is one of the first harbingers of this wave.

Recently, the UAE’s largest city of Dubai has held the first World Drone Prix. The organizers are not going to restrict the competition to races and drones. They have plans to hold a widespread robo-sport event called World Future Sports Games which is some kind of robot Olympics.

Progress in science and technology operates on future and perhaps on the existence of mankind too. Nothing keeps progress going but competitiveness. According to the organizers’ plans, the World Future Sports Games competitions will include robotic football, driverless car racing, robotic running, swimming, table tennis, wrestling and flying. This means that all kinds and forms of robots will compete in the Games.

Social network Instagram is planning to change the custom wire algorithm. Posts will not be displayed in chronological order any more and will be similar to the Facebook one.

Now we are witnessing changes in the structure of many social networks. Facebook was the first to optimize its timelines and tried to highlight the most relevant information based on individual preferences of users. Recently, Twitter has introduced the similar algorithm, too.

Google Is Putting Boston Dynamics Up for Sale

Google has put its Boston Dynamics Lab unit up for sale. This lab is the most advanced robotics manufacturer in the world. Famous all over the web, Atlas and Spot robots are the masterpieces of the lab.

Bloomberg experts believe that Alphabet management considers Boston Dynamics a non-profit organization. Most likely it is so. Boston Dynamics is a subsidized research institution rather than a commercial company. The Lab’s developments can amaze our imagination, but are not able to earn revenues, at least in the immediate future.

Microsoft has released a new build of Windows 10 Insider Preview that comes with many bug fixes and improvements. The company paid particular attention to the Microsoft Edge browser. Finally, it’s got support for extensions.

Microsoft’s latest Internet Explorer (IE) has never been popular among users. There are jokes that IE was a program to download the “real” browser once Windows was installed. Any Microsoft’s attempts to make IE popular failed. So the worst scenario for Microsoft would be to have Edge repeat the fate of IE. So far the reviews have been mixed about it. One of the main claims of users is that the browser doesn’t support plug-ins, thus, falling short to all its competitors. The fact that Microsoft has finally paid attention to this issue shows that the company is worried about the future. It remains to be seen whether the company will be able to make Edge competitive.