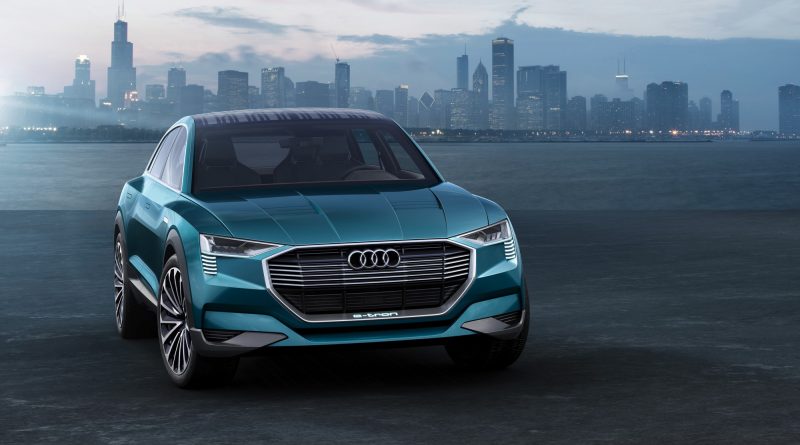 Today Tesla Motors is supposed to be the biggest leader company in the field of electric cars. However, Audi is planning to launch electric cars manufacture in the nearest future. This line of cars is by no way worse than Tesla Motors cars.

According to the latest data, the model is Audi e-tron Quattro and it will hit the market in 2018. The developers claim that the car will charge very quickly and one charging will be enough for 500 kilometers.

Below you can find some information about the car:

According to earlier concept of the car, Audi e-tron Quattro was going to have a complex autopilot system, including a radar, video camera, ultrasound and laser sensors that in real time could create a three-dimensional model of the surrounding space. Users can notice some of these options in the newest models of Audi, so maybe by 2018 we will experience a more advanced autopilot system.

Cameras instead of Mirrors

Audi e-tron Quattro will have semicircular displays inside its cabin on the front holders. The video from the external cameras will be broadcast onto the screens. In such a way, a driver will be able to see everything and orientate in space better. The video from rearview mirrors is also likely to be displayed there. As the car will not have usual mechanical mirrors, its aerodynamics will dramatically improve.

The electric car can be devoid of all usual mechanical elements inside the car’s saloon. For instance, the developers are going to place two sensor displays on the dashboard. One will be responsible for headlights and autopilot, another responsible for multimedia functions and a navigator. The central console (the place where a gear stick is usually located) will also get a couple of sensor displays to handle a climate-control system and on-board computer connected with the network.

It is difficult to predict the future of charging devices in 2018, but today quick charge is one of the biggest research priority for many companies. There are all reasons to suppose that Audi e-tron Quattro will be able to charge using both alternate and direct current. Using the appropriate source, the battery will recharge to its greatest extent within 50 minutes.

Another technology that is a novelty in Audi e-tron Quattro is inductive charging. So, the car will be able to charge moving on special built-in plates located on specially designed road. Now we do not have such roads but scientists are working to develop them.

At CES exhibition Audi praised that it had become the first manufacturer in the world that equipped its car with the technology of LTE Advanced data transmission. It means that new cars will swap the data at a speed of 300 Mbit/s. There is no car in the whole world that can do it now.