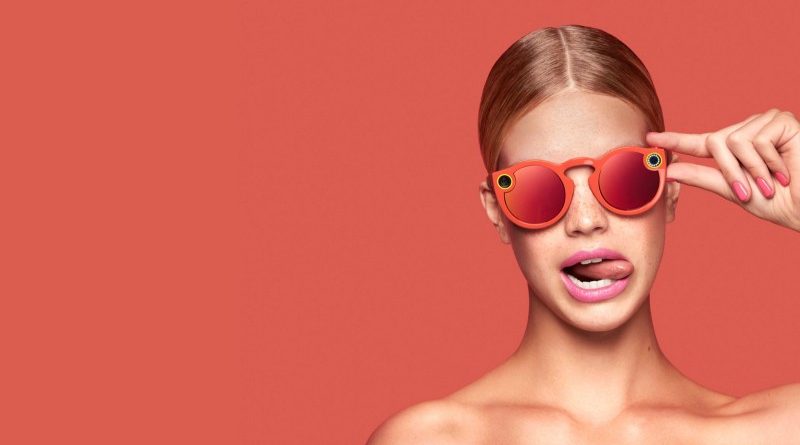 Not so long ago Snapchat stopped being just an app. The company was renamed to Snap Inc. and presented its first product, smart glasses Spectacles.

This new development of the company was devised in the framework of small and unnoticeable startup Vergence Labs, which started in 2014. If so, the development of the product has been taking place for many years, being secretive. Sources close to Evan Spiegel, assert that glasses were developed by a small team of engineers in the department of Snap Labs.

Now it is not a secret any more and the glasses will appear in the market this year.

Spectacles will be priced at $129 in three colors: black, green and coral. This autumn users will be able to buy only a limited number of glasses.

The glasses can record 10 minutes of cyclic video with the help of 115-degree lens. The glasses were projected to transmit the picture similar to that of human eyes.

Evan Spiegel asserts that Spectacles allow to sees the saved memories of people by their own eyes. This experience is dramatically different to a usual video record, where you can see the picture from the outside.

To  start recording a video, you have only to touch the glasses. A light indicator will switch on automatically, so people will see they you are making a video. So it will be impossible to use the glasses as spy equipment.

The video, being recorded, is automatically transmitted to the Snapchat section of Memories. Then you can download your video to publish it in your account so everyone can see it.

According to the blog of the company, the data transmission can take place with the help of Bluetooth or Wi-Fi.

Watching the saved video, a user can rotate between vertical and landscape video.

The battery can last for the whole day of active usage. Every pair of spectacles is equipped with a special charging case.

If you want to check the charge, you will have to tap the side of the frame twice. The built-in battery will supply the glasses with four-hour charging.

Another surprising fact is that Evan Spiegel, defines smart glasses as just “a funny toy”.

The company is not going to make a lot of efforts, promoting the product on the market. At first, this fall experts will evaluate how users will find such a novelty. Nevertheless, Spectacles is only the first step of Snap. Inc. at the market of smart gadgets. Although now the glasses are not on sale, the company has already positioned itself as a camera producer.

“When we only set up our company, we named our company Snapchat Inc., as Snapchat was our only product. Now we are developing other products, for instance, Spectacles, and we need a new title for the app, however, the company still need to be associated with the original brand”, writes Evan Spiegel in the company’s blog.

Here you can watch a promo video of Spectacles on its official site.