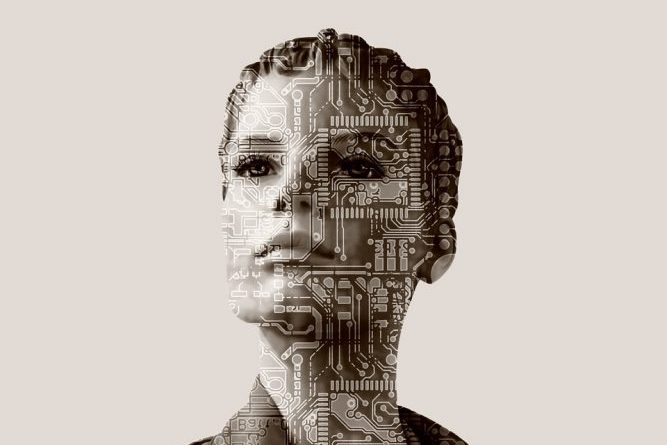 According to Gartner report, by 2020 about 85% of interaction with consumers will take place without any human participation. It could happen due to Artificial Intelligence and Voice Recognition technologies that are rapidly developing.

№1. Imagine the experience that became your habit

The successful app using Artificial Intelligence gives a “wow-effect”, the feeling of magic, the breakthrough that wasn’t possible earlier.  Take for example, Google Photos app that can choose the photos according to the given request or SwiftKey keyboard predicting the next word. Or Tesla autopilot that can drive a car. These products give a feeling of a pleasant surprise, experience that you have never had but now it is like your usual habit, but nonetheless it is vitally important.

№2. Your algorithm should be unnoticeable and you should rely only on the consumer

№3. Best AI will perform the task from the beginning till the end.

Better AI-product makes a user more capable. The best AI-product performs the tasks from the very beginning till the end, a user does not to have to make any efforts for it. Such products are independent and smart executives.

It is also important so that the AI executives or virtual helpers are able to communicate with consumers, using a natural language. To transform a human language into scripts understandable for programs is not an easy task for humans, it demands a lot of efforts. The main idea is to make the performance jointless.

From the other hand, AI should make the interaction between the app and users as easy for users as possible. Our goal in x.ai is to make people feel they communicate with a real person helping them. But when we started to create our personal assistant Amy Ingram we understood that our templates do not achieve our aim. So needed a new post: AI Interaction Designer, which would improve the interaction by developing an AI helper’s personality and creating a natural voice for our Amy. Our users appreciate Amy both its efficiency and ability to react like a live human. Many people using the program do not even understand that Amy is AI.

Let’s take not very successful example of AI: let’s take something that we already are able to do and give that task to a bot in a chat, for instance, ordering a pizza. AI can show its real power to replace people when they can not do it without AI, it like a vapor excavator. An efficient app will not only help people to do something quicker, it will carry out the tasks that people could not do earlier. AI will become our personal travelling guide, stylist, healthy nutrition specialist, lawyer, coach and financial analyst.

№5. In best apps the technologies do not look into your eyes, users can only experience them.

Best app use AI in such a way that users can not notice it, they can only experience it. I think that Google Photos is a great example of such an app, an excellent application of computer eyesight unnoticeably working inside the whole experience.

The best advice that I can give to the developers using AI in their apps, is to follow the rule 80/20 and understand how to deal with uncertainty.

Using the AI methods, it is easy to get stuck in the process of entering into the program each line and checking it. In fact, the main goal of your app is to solve what default data should be included and this not very big amount of them should be scrutinized very carefully. Here in Intelligent Layer we spend a lot of time decomposing users’ behavior and defining the most popular users’ actions so that to know where to apply our efforts of AI.

We also work at combating the uncertainty, our algorithms understand the situation that they can not solve or cope with. In such cases, they can ask a person to solve the task or offer to come back to the pre-set answers. Eventually this method can make users feel more satisfied and experience something really valuable.

№7. Predict the options that you do not have in your app but users can like them in your product.

Simple data analysis and hypotheses offering will help you to define what can be improved in your product to help your business.

You can go from one extreme to the other trying to predict something that does not even exist now but what your users will probably like.

This is the feature of Netflix: the company using AI predicts what film should be broadcast next. The data will help you to understand and create the options that do not even exist now.