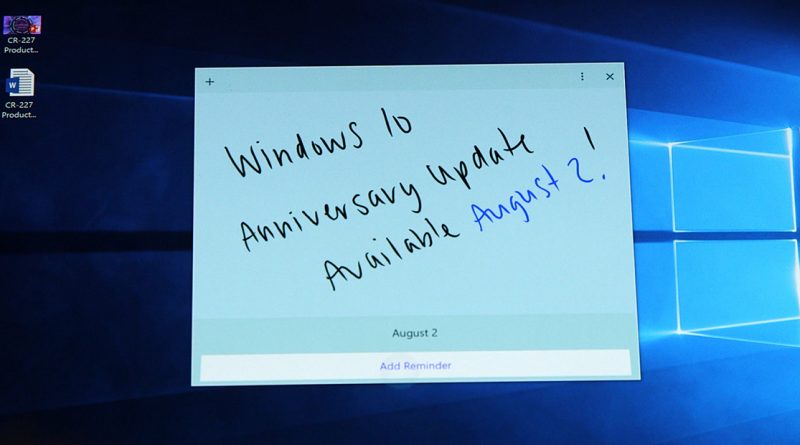 On August 2 Microsoft released anniversary Windows 10 update. Here you read about the most remarkable changes of Windows 10:

In Windows 10 Anniversary Update menu Start is a little bit changed. Now in its left part you can find a full list of installed apps, situated in an alphabetic order. However, the Start now does not recall the old classic look of Start that many used to like. Users are already criticizing this innovation on the net so maybe Microsoft will have to come back to the old view soon.

Cortana Is Even Smarter

Voice Assistant now can perform several new useful functions. In particular, a new option Ask Cortana was added to the context menu of picture browser Edge. This function allows to get more information about the picture. In addition, users will be able to “communicate” with Cortana even through the blocked screen.

At last Edge can be called a full-scale browser. In a year after Microsoft release, it added the extension support. So now users can install advertisement blocker and other little but really useful things, that have been available in Chrome, Mozilla and other browsers.

The dream of many enthusiasts finally came true. Microsoft added to Windows 10 the function that has been available in Linux for many years. This is the support of several virtual desktops. So users will find it much easier to cope with a great number of windows.

Notification Centre Groups Them By Apps

One of the most interesting options is module Windows Ink Workspace.  Here users can find all functions of touch screen devices. Of course, the developers mainly created such functions for hybrid tablets Surface and stylus Surface Pen.

App Skype Preview was integrated directly into the operational system. It allows users to get access to the functions of Skype messenger, without installing any additional app. In fact, taking into consideration the fact that Skype has the same owner as Microsoft, this is rather expected.

Before the update the calendar situated in the right corner of the screen was just a calendar. Anniversary Update Microsoft decided to make it more functional. Now it is the main system calendar synchronized with a planner. So a user can plan a full-scale schedule there.

Users can finally open Windows Store App in a usual window. The apps first released in Windows 8 at first run in full-screen mode. Now they can be opened in a usual handy interface.