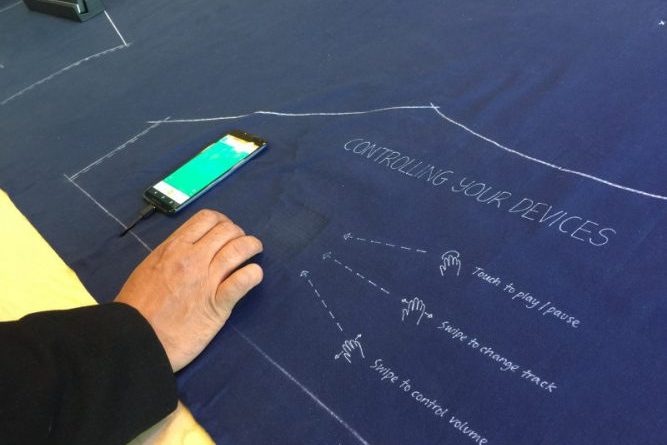 Software Focus continues to follow all important interesting IoT news. Here you can find out about new “smart” things, gadgets, sensors, interactive systems, bright discoveries and the most essential IT events. Enjoy our new selection!

At Google I/O 2016 conference developers introduced a smart speaker which is likely to rival Amazon Echo.

Due to built-in microphone Google Home can be used to interact with voice Google Assistant. You can ask questions, get answers and give orders. The device steams music directly from the cloud service. At the same time you can connect and synchronize several Google Home devices in different rooms of your house. Google Home can be used as a hub. With the help of this device you can connect different smart lamps, cameras, thermostats and other devices and control them. Google Home will be available for shopping by the end of the year.

Apple is also working on a new SDL in order to enable the developers to use Siri in their apps. It will help to control smart devices connected by HomeKit system using a voice assistant.  Besides, the assistant will be capable to perform other tasks like Google search. The release date is still unknown but as it can be inferred from trustworthy sources, the company started its development long before Amazon Echo. besides, WWDC Apple conference in June may supply additional information about the gadget.

Smart jacket by Google and Levi’s

Project Jacquard developed a special fabric that is woven into the jacket. It is sewed into the left sleeve of the jacket. A special button-sized piece of software with Bluetooth can be removed while washing. Sensor area can detect different gesture s and touches. This garment will help to receive, answer and decline calls, use GPS and listen to music. The project has got an open API so the company expects new technologies and apps to appear soon.

Smart jackets will be released in autumn this year but they will go on sale for consumers in spring 2017.

This new technology is aimed at IoT solutions. The offered principle is called phase-change memory, it reduces electricity usage and is dramatically faster than flash memory in writing and reading information.  According to IBM, a new PCM can stand high temperatures, 10 million write cycles (compared to usual flash memory 3,000 write cycles). First of all, new memory can be extremely useful in high-efficient systems that perform complex calculations and process data of energy supplying systems.

Company MultiNet presented a ResetPlug that checks Internet connection and if there is no connection, it resets your router, solving a connectivity problem. But unfortunately this device has two drawbacks: the cost is 60$ and it has only plugs used in USA.

Prove smart bracelet  BACtrack Skynthat that you are sober

A robot to help children with autism

Leka is an interactive smart toy aimed at engaging children with autism in developing games. The robot is to improve motor, cognitive and emotional skills and encourage kids’ independence. It can be controlled via Bluetooth and through an app available for iOS and Android . The robot reacts to a child’s behavior and shows its own emotions. It can be programmed according to peculiarities and preferences of a particular child. Current game applications include only three games but developers promise to expand its capacities.

Elastic board for wearable devices

The research team of Wisconsin University in Madison developed an elastic board with conductive chains. Such board can be used in wearable gadgets and Internet of Things devices.