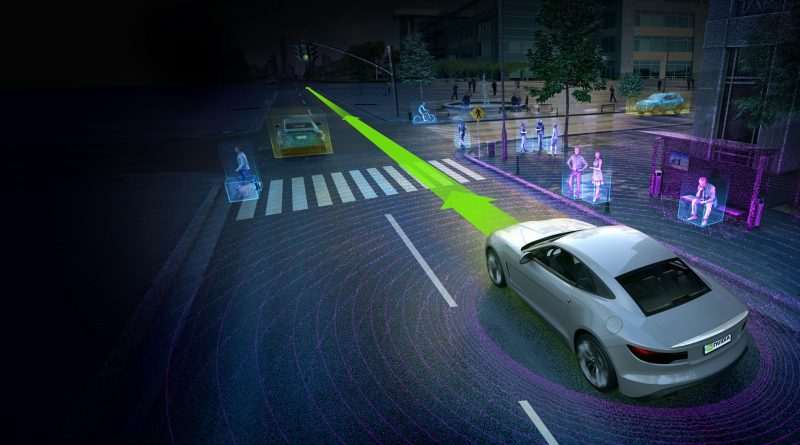 NVIDIA presented a new energy-efficient computer at the size of a palm that supports some artificial intelligence functions. Car producers can use it in their pilotless cars and different autopilot vehicles to hold control over them and define their location.

A new one-processor configuration of NVIDIA DRIVE PX 2 AI computational platform with AutoCruise function allowing to drive a car on motorways using HD-map, needs only 10 Watt and uses deep neural networks for processing data from numerous cameras and sensors. Chinese company Baidu is going to use this new platform as an on-board car computer for self-driving cars of “cloud” type.

The computer DRIVE PX 2 will allow car producers and their partners to speed up the manufacture of pilotless and automatic vehicles. A car with an installed mobile computer DRIVE PX 2 with AutoCruise function is able to “understand” what is going on around it in real time, define its real-time location in HD-map and plan its safe route.

Many car producers are eager to equip their cars with a mobile and compact version of such devices with AI support”, says Rob Khongor, vice president and car decision director in NVIDIA.  NVIDIA DRIVE PX 2 solves this problem for OEM-producers and our leading partners and improves the solution that NVIDIA used before for data mapping centres.

The platform DRIVE PX is used by more than 80 car producers, leading providers, startups and research institutions that work at developing pilotless vehicles. The structure of DRIVE PX 2 can contain from one mobile processor to a few processors, two discrete GPUs and even a system of a few DRIVE PX 2 computers. A possibility of different configuration allows producers to start manufacturing autopilot vehicles of different kinds immediately after the development stage using a range of solutions such as AutoCruise for motorways,  AutoChauffeur for getting from one place to another and a full-scale self-driving car.

A new compact computer DRIVE PX 2 will become a basis for artificial intelligence being developed for Baidu cars. At the exhibition Baidu World that took place last week in Beijing, NVIDIA and Baidu announced about their partnership in developing pilotless “cloud” cars and promoting such vehicles among both Chinese companies and famous world brands.

NVIDIA DRIVE PX is a part of a family of computational solutions and AI tasks. Specialists that are engaged in developing networks in NVIDIA DGX-1 data centers can apply them also in NVIDIA DRIVE PX 2 of a car. The same DriveWorks algorithms, libraries and NVIDIA instruments are used both in cars and data centers.

This complex solution was made possible by an unified NVIDIA architecture for AI tasks. This solution can be also updated by the help of wireless technologies. Thus during all term of its service it can get improved by the latest technologies and possibilities.