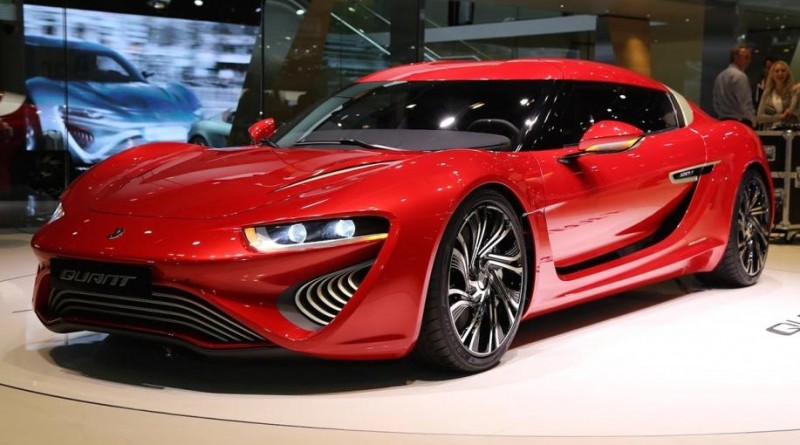 NanoFlowcell has reported that their experimental electric car Quantino was able to achieve an unprecedented endurance. The prototype was able to drive continuously for 14 hours at the speed of about 75 km/h, while having only 22% of battery discharged.

It’s no secret that electric cars are one of the most important technology trends today. Therefore, any breakthrough in battery technology brings the future of smart transportation closer. And the ability of a passenger car to drive 4,000 kilometers without recharging a battery is an incredibly serious achievement.

The researchers from the Michigan State University have found the economic way of cheating fingerprint scanner on the smartphone. To do this, scientists simply printed conductive ink fingerprint samples using a conventional printer. Apple iPhone, Samsung Galaxy, and Huawei Honor took the cut-out print for the owner’s finger.

Today, fingerprint scanner availability is the standard for flagship smartphones. Such method of device protection is considered to be one of the most reliable ones. The method developed by the Michigan University allows for fingerprinting in home conditions with help of talc and toner. Conductive ink is easy to find in mass market. As such, we can witness how one of once most reliable way of smartphone protection is losing its credibility.

Amazon is looking for a manager to lead the process of creating a virtual reality (VR) platform within Amazon Video. However, there is no detailed information about the project yet. This can be either a hardware product or an online service.

Virtual reality is a very expensive “toy” today. Oculus Rift costs $600 per piece, and the HTC Vive costs $800. Plus, each of these devices requires the assembly of the PC value of at least $1,000. In general, when VR devices are marketed, only a few can actually afford them. As such, any new VR product is good for consumers. The tougher the competition, the higher the chance that VR prices will drop. New software products related to virtual reality will contribute to the development of ecosystems and, as a consequence, will make technology affordable to everyone.

Elon Musk`s Hyperloop is not a joke anymore

Hyperloop Transportation Technologies has signed an agreement with Slovakia government to build the first European track of the Hyperloop vacuum railway. The experimental track will connect Bratislava, the capital of Slovakia, and Budapest, the capital of Hungary. The distance between the cities makes about 160 km. The Hyperloop train will pass this distance in just 10 minutes.

Elon Musk was always seriously about his plans to build Hyperloop. Nevertheless, for most of people this project seemed to be too unrealistic and futuristic. Now when the European governments have joined the game, it is time to begin considering this ambitious project as an objective reality. If everything goes according to the plan, 2018 Hyperloop will carry the first passengers at a speed of 1,220 kilometers per hour.

The European Commission intends to accuse Google of violating antitrust laws. The prerequisites for the lawsuit are based on the fact that Google’s own services and applications are preinstalled on all Android devices by default.

If Google is forced to reconsider the policy, it will affect every user who owns devices running Android. Today, any out-of-the-box solution has almost everything users need. But there’s a chance that in the future we’ll have fewer apps preinstalled on new devices. On the one hand, we, as users, will have to spend more time to find and set up software. On the other hand, it gives users an opportunity to choose what apps and services to install and use.