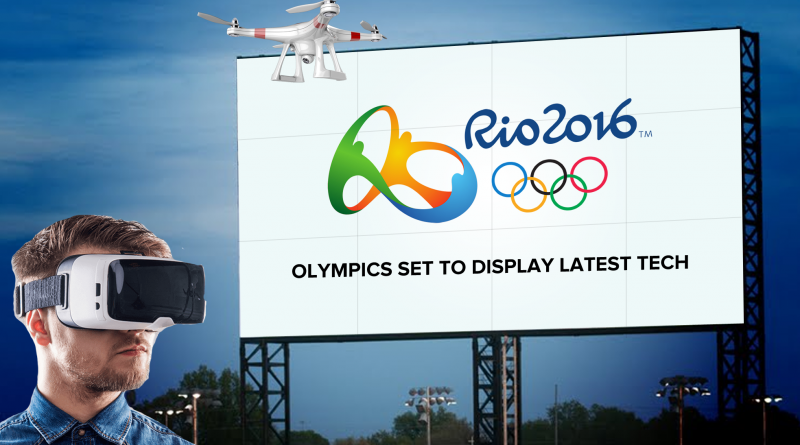 The Olympic Games is the main sport event of the world. However, not only sportsmen show what they capable of. Many companies use the Olympics as a platform for presenting their new products. For example, here you read about 12 technological innovations presented in Rio.

In running competitions only splits of a second separate winners and losers. To make runners a little bit more aerodynamic Nike presented bands AeroBlade. They are special cloth elements, which a sportsman can stick to his body so that the air flows over it better. The technology was tested on dummies in aerodynamic tube. The experiment proved: the bands really improve aerodynamics.

Canadian boxers train with the help of special sensors that are attached to their hands and collect figures about intensity, power and speed of beats. All this information is sent to the trainer, which helps to correct the mistakes and improve the results.

Solos augmented-reality glasses are not so accurate and perfect as, for instance, Google glasses. Nonetheless, they are able to show on their display a minimal scope of information.  Olympic cyclists use it. The glasses are synchronized with bike’s electronic elements. Thanks to it, the cyclists get the data about their speed and other important indexes without taking their eyes off the road.

Company Omega has been an official timekeeper of the Olympics since 1932. This year it has equipped the swimming pool with underwater displays showing the information about circles swum by contestants. The problem was that swimmers sometimes could lose the count of circles. At present the number of done circles is showed on the display allowing the swimmers to see it without raising their head from the water.

Company Visa cooperated with bank Bradesco developed a bracelet allowing to pay for goods or services only by a wave of your hand. About 4,000 terminals were installed to perform the function. Special rings were also developed for sportsmen to help them to pay for different services.

The authorities of Rio spent $8 million dollars to ensure safety signing the contract with Logos Technologies. This money was spent on buying four air balloons each equipped with 13 digital cameras. The cameras make three shots in a second. The video surveillance system takes control over the area of 55 square miles.

Rio is also observed from the space. Satellite Eros-B owned by ImageSat International makes digital shots of such high quality that it is possible to recognize people and cars.

You also can visit Rio, without travelling to it: a virtual version of the city will provide you with such an opportunity. The company developed a detailed 3G map of Rio, including the infamous slums of the city, “favels”.

Company NBC and Samsung agreed that 85 hours of the Olympic Games will be broadcast in virtual reality. The list includes opening and closing ceremony, men basketball, gymnastics, track and field, beach volleyball, swimming, boxing and fencing. However, this is available only for owners of Samsung virtual reality helmets.

Michael Phelps, the Olympic champion with a total of 23 medals and 26 times world champion in 50-metre swimming pool and also a banner-bearer of USA Olympic team, presented his team in hi-tech jackets. It contains special gleaming elements which when activated light up the inscription USA .

Michael Phelps made a public appearance in trainers by Under Armour, printed with a 3-D printer. Of course, it does not bear any relation to sport. And after all, Phelps is a swimmer and he swims without any trainers. Nonetheless, the market strategy succeeded. Unusual shoes have already focused a lot of attention.