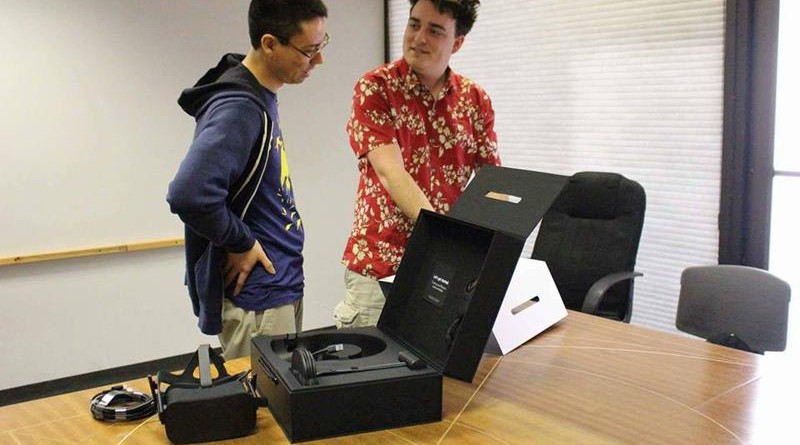 Oculus Rift is the most famous commercial project for a virtual reality (VR) device. For several years, the developers have wondered in what way the emergence of such a device can affect the gaming industry and the global high-tech industry as a whole. It may be that the emergence of commercial VR helmets in 2016 can be just as important for computer games as the emergence of the iPhone in 2007 for IT industry.

Many of the leading US IT mediа  are vying with each other to share their experience of using the helmet. According to Forbes, “The “zero” day has come. Guys from the gaming industry have had plenty of chances to bury their noses in the helmet, but all it was just a prelude to the first deliveries to customers. Will the users accept it with all their hearts, or will they reject it because of a cognitive dissonance and the “uncanny valley” effect?” Well, we’ve yet to see it.

First of all, the device will be delivered to backers from Kickstarter, then to those who pre-ordered it earlier. In the US, the pre-ordered helmet is sold at $599, and if you order it now, they promise to deliver the device in July. And what is no less important than the release of the device itself is that the sale of VR games for it has started as well.

A video catalog has been launched for the helmet that includes 360-degree videos from Facebook, livestreams from Vimeo and Twitch; also, they promise to launch movies and other media content later on.

Currently, the gadget is preloaded with 30 VR games, including EVE Online and Elite Dangerous. Prices for the games range from $10 to $60.

Yesterday, Oculus Rift was delivered to the first buyer – 23-year-old American programmer Ross Martin from Alaska. Palmer Luckey, the founder of the company, delivered the device personally. It’s probably the first case in history that a CEO would deliver the product to a customer on his own.

It is the first of three releases of VR helmets planned for this year. They also plan to launch HTC Vive and Sony Playstation VR on the market.

As a reminder, Oculus Rift  collected over $2.4 million on Kickstarter in 2012. By the way, the first prototype looked like this:

In March 2014, Facebook paid $2 billion for Oculus Rift. Commenting on the deal, Mark Zuckerberg said that the Oculus Rift technology was something very special that helped users to get an incredible experience of immersion in virtual reality.